I am a baby boomer and like other generations, I have developed strong relationships with specific technologies that I was raised with, and have over the years cultivated my daily routines around.  Like my father, I enjoy having my morning cup of coffee while holding a crisp, fresh newspaper in my hand.  Even though I have embraced newer technologies to help keep current, like twitter and other online entities, there is still something comforting to me holding a newspaper in my hands, listening to the noises it makes when folded while reading the front page and the sports green section.  My Dad began every morning with the N.Y.Daily news and ended each day with the N.Y. Post even though Huntley and Brinkley brought the world to him in black and white.  If he wanted there was also the Daily Mirror, Herald Tribune and the Times available.  However, since the commercial use of radio, newspaper readership has steadily declined as each generation gobbles up the latest in new technology from television to smart phones to Ipads to get their news.   Getting the news out there is so much faster today along with high quality color photos, you can tell the world a breaking story in seconds.

So currently I’m sitting here wondering, without a newspaper in my hand,  how it is possible in this day and age, that it is so difficult to deliver a newspaper?  How is it possible that some companies, including the U.S. Post Office are looking into same day delivery of goods to your door step, but the daily newspaper can’t be delivered daily, consistently?  I live in a small town/city with a population of 117,000 that is 35 miles northeast of San Francisco, California and unfortunately this is not about only one newspaper but two and the similar issues they share.  Lack of quality customer service. 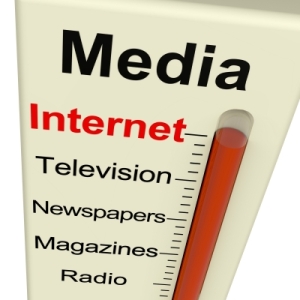 I’ve been a subscriber of the Chronicle for over 20 years and the service from the beginning was excellent.  It was consistant, it was dry and it was in my driveway.  Then something changed about five years ago.  The quality of service began to deteriorate as we began playing a new game called, where’s the paper?  It wasn’t making it onto the driveway like it used too, which by the way is a much wider and longer area than the lawn I have next to it.  The newspaper must have wanted a change of venue and now enjoyed laying on the dew soaked lawn without plastic protection, not to mention the mornings it would get soaked when the sprinkler was scheduled to run.  To make the game even more interesting, sometimes it was under a shrub, on the sidewalk, or half in the gutter and half on the curb.  Some days it wouldn’t show up at all and to keep me on my toes, sometimes they delivered another newspaper all together.  I would call customer service and ask for the paper to please go back to the driveway.  “Oh yea, we see that request on the screen” and they would apologize, give me some credit and that they’d alert the manager.  I don’t believe they alerted anyone or the manager just couldn’t care less because the problem continued, and there were never follow up calls, not even an apology from the manager himself.  No calls later on to get feedback if service has improved.  Most of the time I did get a redelivery but there were times I did not.

Then like a miracle, about a year and a half ago things were perfect again.  This person delivering was excellent and understood that people want to read their paper and not play games finding it or wringing it out.  It was in the middle of my drive way every morning in pristine condition.  Life was good.  Then, unfortunately after a year of great service, this guy must have found a better job, (he actually demonstrated great customer service) and left because the deliveries went back to the way they were.  On the lawn, soaking wet, the wrong paper or not at all.  The straw that finally broke the camels back was when I called, a week in advance and placed a vacation hold.  The paper was still delivered for a few more days past the hold date but luckily my neighbor noticed the pile and picked them up.  If you’re wondering, no the paper didn’t resume on the date it was suppose too.  So out of total frustration, I cancelled the paper.  What surprised me the most was the overwhelming silence that followed.   I heard nothing.  No sorry for the problem, no can we keep you as a customer with a free week.  Nothing. Nada. Zilch.  Not even from the distributor, sorry to lose you and what can we do to make your experience better?  They demonstrated apathy at it’s very best!

So, then I made the mistake of subscribing to the local paper, Vallejo Times Herald.  I figured local paper, they would want to get the paper to me so I could keep up on the local goings on.  But what I found is that as a small town paper they are just as good at being incompetent as the big city paper, the SF Chronicle was in getting the paper delivered.  The Times Herald can’t seem to remember to deliver the paper.  I got it for a few days and then Sunday’s paper didn’t come.  After two calls to their hot line it still never arrived.  Then it began coming again that Tuesday, (they only publish printed edition Tue-Sun) and lasted a week and then didn’t show Wednesday or Thursday.   Even the customer service clerk wasn’t sure whether I was on or off to get the paper.

So what’s The issue?  Is it “you get what you pay for” as far as quality of delivery staff?  Do they really care when they’re told a paper didn’t get delivered.  Where’s the communication between delivery and customer service?  Or is it they don’t want to keep delivering the paper?  For the Chronicle to get to my house,  27% of the subscription price of $86.00 for 8 weeks is due to transportation costs.  it adds up for the customer and I’m sure costs them much more as well.  Printed paper is a dying business and they would rather you read it all on line at a reduced price than keep delivering the paper.  I believe that’s what’s behind their poor service issues, they are deliberate and carefully calculated to scare customers from delivery of their printed editions to the more cost efficient for them, on line feeds?  They are killing the reading of the printed paper faster than our latest technologies can.  I can’t think of another explanation for such poor quality service, but with service like this, they’ll be extinct before you can say Dodo Bird.

Do you have similar issues?  I would like to hear back.