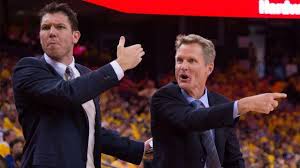 You do everything you can to protect your employees at the workplace.  You take all the necessary steps by beginning with a hazard analysis to identify potential dangers and eliminate them, you buy the best and latest styles in PPE so employees will wear them, you make housekeeping a priority and keep a neat and organized facility that looks professional and reduces trips and falls.  You have training classes and drills for any emergency whether medical, natural or man-made that you may encounter, keeping everyone prepared so they know what to do to survive.  You have weekly tailgate/toolbox meetings and a monthly safety meeting on a consistent basis. With all this effort and energy put into keeping your employees safe as you all try to walk down the “Green Brick Road of Safety”, is there really anything else that can be done to enhance their safety?  Yes, there is one more thing you can add that will help immensely and it’s staring right at you in the mirror.  It’s called Coaching/Leadership.  I will be using the term coach/coaching for convenience but you can just as well use leader/leadership.  After working for a company where shift managers were called coaches and workers were called players along with my love of sports, I happen to like the term “coach” much better.

The Golden State Warriors won the NBA Championship with basically the same personnel on the floor they had when they were eliminated in the first round of the playoffs a year earlier.  They had assembled the talent and components needed to win and lord knows they had the fan base.  The only significant change to the team from last season was the coach and his staff.  You know the results, Steve Kerr (pictured above) earned his first NBA Championship and I’m here to say to you, you can have the greatest player in the world on your team, but without great coaching/leadership your team won’t achieve the goal.

That’s why coaching goes well beyond training.  When training an employee you are teaching them a specific skill set, a routine or procedure like how to drive a forklift, how to properly lift a box, or how to handle a liquid spill.  However when coaching you’re building people into great employees by communicating positive feedback on performance improving their self-esteem, building confidence and increasing their knowledge so they are successful at accomplishing their assigned tasks and goals.  I believe the seasoned operator knows his machine better than anyone else, in fact some really good ones know just by the sound how well it’s running.  Some companies allow only maintenance personnel to make adjustments or change overs on machinery.  I find this can waste time as maintenance personnel can often be tied up on several planned projects while trying to put out many fires.  We were allowed to experiment on our shift since I wouldn’t shut-up about it and by allowing the machine operators to make those adjustments and change overs to their machines we experienced an increase in our production numbers and a drastic reduction in down time.  The workers were given an opportunity to have a voice and feel good about being part of the solution and that happens when the coach listens. 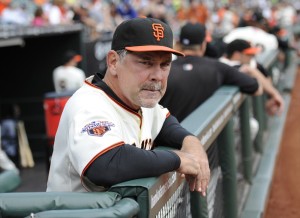 Coaching corrects behavior or performance issues without the threat of punishment which should only be used as a last resort.  A coach sets the standard of ethics and morals that everyone in the facility will be following when it comes to safety, performance, professionalism and how to treat and respond to each other.  A coach sets the level of tolerance for infractions and consequences geared to help the employee improve not just fail again. A coach does not allow employees to engage in horseplay or distracting behavior of any kind while working but gives time to talk and provides a means to blow off steam and reward their efforts.  A coach is an advocate for their employees and shows them, “Yes, they can do it” when helping them learn a new skill and improving their ability to earn more income and a coach makes sure they themselves always sets an example for all.

As in any sport or job a coach makes sure you’re prepared for the upcoming match and ready to execute the game plan with the man power, equipment and supplies required.  A coach begins each work day with a morning huddle to keep you informed, focused and motivated so you’re confident to; elevate your level of performance.   A good coach knows that they need to counsel employees in private, praise them in public, brag about them to the upper brass and to engage staff, listen to their feedback which can result in growth and continuous improvement for them as well as yourself.  Above all a great coach knows to always say thank you for a job well done.

A coach creates and sustains a culture and atmosphere that is conducive for learning and where employees can feel free to ask questions and freely engage in the exchange of ideas on workplace safety, improved equipment maintenance or in obtaining better production results without fear of ridicule.  I’ve seen the other side of the coin in one plant I worked. The department manager couldn’t figure out why we were having certain production issues and never bothered to engage the staff or listen as he would shoot down every idea as “stupid” or “that’ll never work” and then dismissed everyone by putting them down like they were idiots.  He never could see the answers because he closed off communication and began to blame others for the problems.  It was killing moral, production was dropping, sick calls increased and it made for a bad situation which led to bickering between him and other department managers that were also affected right on the production floor for everyone to watch.

A coach delivers timely tailgate/toolbox meetings, interesting monthly safety meetings that involves the staff in presentations.  The coach should almost always direct his team from the playing field itself and not issue commands entrenched in an office behind their desk. A coach knows they need to be on the floor so they can encourage, critique, answer questions as well as observe and document the good along with the bad to develop and offer obtainable goals and objectives to help you grow and retain these employees you’ve developed but even then there is no guarantee they’ll stay as great head coaches from successful NFL teams tend to spawn future head coaches for other NFL teams.  That in itself can be very satisfying.

Whether you are a manufacturer of red ruby slippers or a flying monkey pet food distributor while you lead your company down the “Green Brick Road of Safety” and the Scarecrow forgets to wear his PPE, or the Tin Man has a hazardous liquid spill or the Lion frets about training on a new piece of equipment and the accident prone Wicked Witch creates havoc on the shop floor, don’t bother looking for the man behind the screen as you can always spot the coach on the floor. They’re the one looking cool, collected, assessing the situation, reassuring and encouraging everyone and keeps things going without so much as skipping a beat.  So you see the COACH is the glue. 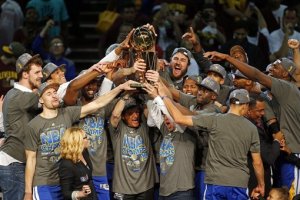