‘Why Is It That the Safety of Those Coal Miners’ Lives Does Not Matter Enough?’ (From the CounterSpin interview with Bruce Stanley on coal-industry crimes by Janine Jackson.)  That happens to be a very good question, why doesn’t it matter enough?  Why is it that the lives of Construction workers doesn’t matter enough to stop deaths from falls and trench cave- ins?  Why is it that the lives of Manufacturing workers doesn’t matter enough to stop workers from being pulled into moving machinery and conveyors and then watch their own limbs ripped off and die?  Why is it that there are such vile individuals, who have so little regard for human life, so they can line their pockets with gold?  The truth is everyone has their line in the sand.  How you treat people and how far you’re willing to go in bending your morals just to get what you want out of life makes for different kinds of people.  Through out time there have been many unscrupulous people through out the existence of man/woman kind and greed is usually the number one motivator.  Whether it’s a single owner or a corporation with a board, the priority of safety and level of awareness comes from the top.  Most companies really do a good job and there are those that do an excellent job which is balanced by those who do a horrible job, on purpose. So how do we deal with these folks, who put their workers in jeopardy. First, never keep quiet about safety.  Don’t assume someone else has spoken up or it’s magically being taken care of.  Say something.  If no one is listening to your concerns call the OSHA Hotline, at 1 (800) 321-6742.  Next, Say NO.  Be polite but be firm. NO. No you’re not going to work on a roof without proper fall protection.  No, you’re not going to do it “just this once”.  You will be told you are not a team player or a trouble maker but the fact is, you have the right to say no to performing an unsafe act that can get your injured or killed.  Well, that unfortunately sounds like yet another episode of Companies Behaving Badly. 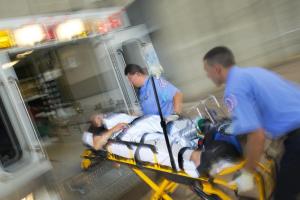 OSHA cites contractor at Kanawha site – PREVENTABLE – Winesburg Builders thought it was perfectly fine to expose their workers to falls of 22 feet by not providing fall protection while doing roofing and framing work.  For this total disregard for their employees safety. OSHA cited them for 2 Willful, 2 Repeat and 3 Serious violations and a total fine of $122,000.  The sad fact is this company has been cited 22 times for safety violations in a 61/2 year period which demonstrates they have no plans to change their behavior or care if workers die because they’d rather put money in their pockets instead of paying for safety.  You have the right to work in a safe environment. Say NO.

OSHA fines GA contractor $140K for ‘deliberate lack of concern’ for worker safety – PREVENTABLE – Jasper Contractors Inc. also doesn’t believe the expense of safety equipment is necessary as an OSHA inspection found 2 Willful violations for exposing workers to falls on the job site along with a proposed fine of $140,000.  Workers operating nail guns were not wearing eye protection.  Again, like above, this company also has a long history of safety issues with 34 violations in the past.  We need to stop the falls and that may take suspending the licenses of these perpetual offenders for a period of time.

Pig manure killed Sandusky County worker, OSHA says – PREVENTABLE – When dealing with liquids of any kind, you should receive training on what you are dealing with, the hazards of contact and related symptoms, what kind of PPE is required and what to do if there’s a spill.  Even if you’re pumping outdoors there are gases that can kill you will minimum contact as Humberto Padua Hernandez, a 32 year old farm worker found out while pumping liquefied pig manure at Vickery farm.  W.E. Soil Enhancement was cited for 3 Serious safety violations in relation to the death.  Unfortunately, the proposed fine is only $16,800 considering  agriculture is among the most dangerous occupations in the U.S.

OSHA fines Breedlove in Lubbock after employee amputation – PREVENTABLE – It always seemed to me that calling attention to yourself always brought more scrutiny and the best way to get OSHA to come by and look is not performing LOTO and having one of your worker’s hands amputated.  Breedlove Foods, didn’t give workers much love as they allowed employees to clean a feed auger while it’s still moving. Hope you’re quick?  OSHA issued 12 Serious violations and a proposed fine of $50,400.  Among the citations, not having an emergency stop on equipment, wet floors and slip hazards, No LOTO program, no guards on machines and blocked electrical panels.

OSHA fines Middletown company after trench collapse traps worker – PREVENTABLE – Don’t let your employer dig your grave.  That’s what almost happened to a plumber as he was working in a trench that collapsed. OSHA fined Williamson Plumbing and Heating was fined $41,000 for failing to construct the trench properly and not clearing excavated materials at least 2 feet from the trench’s edge.  Again, another area where you should get training on hazards, PPE and conditions before going in.  Otherwise say NO.

OSHA: Iowa Postal Distribution Center Delivering Forklift Hazards – PREVENTABLE – The U.S. Postal Service continues to demonstrate why they lead the world in poor and derelict leadership as OSHA issued 2 REPEAT and 1 Serious safety violations and proposed fines of $88,000 to the Network Distribution Center in Urbandale, Iowa.  Things began when an employee filed a complaint with OSHA last October because they knew the Post Office’s lack of action was dangerous.  OSHA found employees were exposed to crushing and struck-by hazards associated with operating forklifts.  Leadership failed to give appropriate training, instruction, visual observation and other means to forklift operators involved in near miss incidents. The U.S. Postal Service previously was cited for a violation of this occupational safety and health standard at its facility in Federal Way, Wash. The facilities in Iowa and Washington are part of the national system of highly mechanized and automated mail processing with a transportation network dedicated to handling and moving standard mail, periodicals, package services and other mail classes.  Apparently, they don’t communicate with each other.

OSHA orders $116,000 in fines against Western Sugar after worker’s death – PREVENTABLE – After an employee day died on the job, the following OSHA investigation found 5 SERIOUS and 4 REPEAT safety violations and a proposed fine of $115,900.  There were fall hazards, unguarded floor holes and non-approved for high dust area equipment used.  Read the article and you’ll see why you should never keep quiet about safety.

That brings this episode of Companies Behaving Badly to a close.  Please feel free to share any or all of these stories at your next tailgate/toolbox safety meeting.  If you’re not having regular tailgate/toolbox meetings, ask why?  Showing an interest in safety make wake management up and get a program going.  Does your company have a safety committee?  Join it.  Your work experience makes you a great addition to any safety committee.  Never keep quiet about safety, the life you save may be your own.  Until next month, take care and stay safe.