Whether your warehouse has recently had turnover or hired to support an expansion or even if everyone has been around for a while; does everyone know what to do in the event of a disaster? 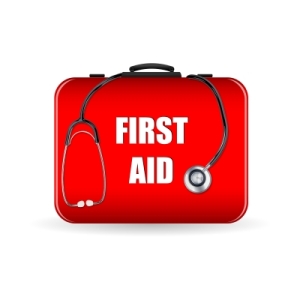 Depending of what part of the country your warehouse is located, emergencies and disasters can come in various sizes or forms.  During the time I grew up on the solid concrete streets of the Bronx only had to deal with one hurricane and two blizzards.  However, moving to California put me on shaky ground with it’s earthquakes and forest fires.   If I moved to the midwest it would have been blizzards, tornadoes and floods while the southeast, hurricanes and tropical storms.  That’s just the natural disasters, now add in toxic spills, gas fumes released, loss of power, falls and medical related emergencies, the list is long.

Why wait until some disaster is in the news before you think about what would happen at work if it hit!  It’s just as good a time now to have a general safety meeting covering your company’s procedures for handling emergencies as any.  Even if your company doesn’t have an annual fire/evacuation drill or an emergency preparedness plan there is NO reason that you shouldn’t have one in the warehouse.  At one company I worked for, they thought it was a great idea to hold the annual fire drill on April fools day when it fell on a work day.  Most of the employees just rolled their eyes with annoyance and kept working.  This is NOT the reaction you’re looking for in a drill.  Even if you are under pressure from upper management that there is no time to do a evacuation drill, (yes, it happens) you can still cover the major points of a drill with your staff.  It’s easy to do at a morning tailgate or your monthly safety meeting:

– Who do I contact for an emergency?  Just call 911 or does your company have a emergency response team in house that must be contacted.
– What sounds alert me to an evacuation?  Verbal announcement via PA system, horns or whistle blast.  Some manufacturing plants use several whistle blasts.  One blast may be medical emergency and four would be evacuation.  Know what the number means!
– Where is the meeting point to assemble after leaving the building?  This is important so a head count can be taken to make sure everyone is out of the building which affects the way the fire department approaches the fire.
– Where is the disaster provisions locker?  Having a emergency provisions locker filled with bottled water, food, blankets, flashlights, batteries and other provisions can come in handy.  In earthquake country it’s also a good idea to have a wrench in the kit as well and know where all, if any, the gas shut off valves are located.  Creating, stocking and up keep of a provisions locker is a great team project for a safety committee or for the whole company developing what goes into the locker. 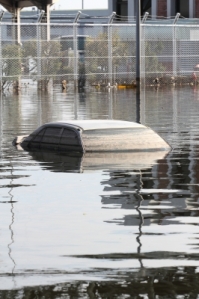 One other suggestion for you to do before a disaster or some other emergency strikes, become a safety advocate in your company.  Join or start a company wide safety committee or just one in your warehouse.  It’s a great way to get employees engaged and involved with their environment.  Work with your HR department and make safety important!
Safety shouldn’t be once a year annoyance.

20 thoughts on “Don’t Panic. Just do as we practiced.”