The American consumer makes for a very interesting mammal along with their very short term memory.  When 18 workers at Foxconn in China began jumping off roofs or out windows to ensure that their families would have a secure financial future people here reacted with such indignation, that 27 million IPhones were bought.  After all, Apple promised they would look into working conditions at Foxconn and everyone was happy again.  Two years later, an estimated 2000 Foxconn employees, who earn an average of $283.00 (1800 Renminbi) a month rioted and the public reacted by buying 5 million IPhone 5s in a weekend.  The American consumer soon had to deal with guilt again as 112 souls perished in a garment industry sweatshop fire in Bangladesh.  Their bosses locked exit doors, kept non functioning spent fire extinguishers as wall art and then insisted employees stay put, so quotas could be met in time for holiday shopping in the U.S.  This factory, Tazreen Fashions, LTD also supplied Walmart, Sears and Disney while paying their loyal workers the equivalent of about $37 dollars a month.  Just like the events at Foxconn before, there was pubic outrage,  and there was a brief discussion and then, it was like it never happened.  People still crowded Walmart for their low prices and Sears for bargins and how can you pass on Disney for the kids.

This is not an isolated incident involving Walmart.  They recently had strikes at several of their contracted warehouses in California and Illinois due to unsafe working conditions and there are bribery allegations involving some Walmart executives and Mexican authorities. There are also ongoing investigations in Brazil, China and india concerning the same matter.  I don’t know about you, but I think this says volumes about the character of a company who is  comforatble about screwing Peter to please Paul.

While these events unfolded globally, here at home there were several articles floated out there before the election on how the demise of manufacturing in the United States is caused by all the government regulations companies must follow.  They contend that we can bring back the manufacturing glory days of yesteryear in this country by simply ridding ourselves of these regulations that just happen to protect the public health, and the environment as well as workplace safety for fellow human beings.  The main reason offered by these well intentioned, honorable articles is the regulations are costing companies millions of dollars to integrate and maintain, there by cutting into their profits.  Money they further argue would be used for R&D and expansion, creating jobs, oh, and I’m sure increased executive bonuses as well.  The articles were also critical of the U.S. Government’s lack of obtaining input from or listening to the industries before implementing regulations the industry really doesn’t believe they need, because they can regulate themselves.  We’ve all seen how well that works.  Ask the 8 people murdered (my opinion) in San Bruno, California or the 11 killed on the Deepwater Horizon platform, the 900 citizens of Richmond, California forced to emergency rooms or  the 36 killed in mine accidents this year.  I find it interesting that these honorable ladies and gentlemen only solution to bring back manufacturing jobs to the U.S. is to make our country’s regulations more like…maybe, Bangladesh? 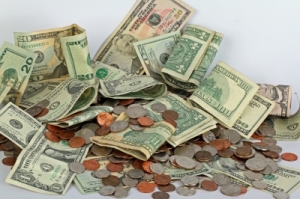 To get back to the Government not soliciting input or offering a platform to industry for one moment.  First of all, the government does solicite feedback in several different forums.  Second, I guess that 10.5 million dollars doesn’t buy as much as it used too.  That’s what the oil and gas industry spent on lobbyist in 2010 to guide politicians toward their industries point of view.  Manufacturing and distribution contributed another 55.25 million dollars over 2011-2012.  Wow.  These companies had a total of 65 million dollars to give away explaining why they don’t need regulations.  What kind of safety equipment, new processes or expansion could you buy for that?  In Bangladesh, 65 million dollars would pay three thousand garment workers for almost 50 years.

I’m tired of this continued fallacy put out there that suspending enforcement of  regulations will bring manufacturing back to the U.S., a country where consumers don’t want to pay $2000.00 for an IPhone.  When you have the resources of people that China, Bangladesh and India offer with that low labor cost how could we compete here?  Yes, you could repeal the regulations here to reduce operational costs, but unfortunately it still appears to be much cheaper to run a plant (either directly or through a third party), where there are no work place safety rules or an OSHA watching, along with the abundance of cheap labor in order to feed the American consumer appetite.  Americans have set standards for what they’ll tolerate in the workplace for themselves, yet don’t seem to care when it happens in another country as long as it doesn’t raise the price.  So is that the way we’re going to measure profit nowadays?  Has human life been converted into the equation of, how many dead can we tolerate in the course of business?  If there is a major oops we’ll just put an ad campaign together to put a positive spin on it by saying, sorry but we learned our lesson, when they haven’t?  I’m sure the $200 expense keeping fire extinguishers current and operational with an annual inspection would not cut deeply into their budgets or the training to make sure employees know how to use them will hurt profits.  Or having the factory dust collectors properly operational so they don’t choke the surrounding areas with particles of pollution is costing companies so much they have to move over seas.  Does Inspecting and keeping records on buried pipelines to ensure the public safety really cut that much into executive bonuses?  Probably that damn OSHA making sure workers wear proper PPE, and have safety guards in place to protect them from the machinery is the deal breaker.  Take it overseas, we can do anything!

It’s not a simple solution, let alone not a one solution answer for bringing manufacturing back, especially since corporate greed is part of the equation.  It’s not enough to make a profit, you must continue setting record profits, you must have the largest market share.  It’s also employee greed as well as we want more money doing a job that really doesn’t rate the pay, and we don’t want to pay for the added healthcare expenses or compromise.   It’s the companies problem.  To pay you what you want, for you to do that job with those benefits, the consumer winds up paying more now just to maintain the same level of service.  In order to continue the profit margin that’s expected at all costs, we can’t keep hitting just the consumer or we’ll lose them.  So now we must reduce operating expenses and so the jobs go elsewhere where it’s cheaper to make.  It’s a cycle we the consumer have created, and only the voice of the consumer can create the change needed.  The voice of the consumer is a powerful thing.  You’ve done it before as recently as the Instagram revolt when as much as 25% of their active members left when they changed terms of service.  You did it back in the 60’s creating change in the working conditions and pay levels for the grape and lettuce fields.  Your outcry on the poor dolphin innocents killed while feeding our need for canned tuna.  Human beings in China and Bangladesh and India are as important as dolphins aren’t they? Companies are not going to change unless there is pressure from Government regulations or their customers.  I don’t want to sound like a homer and say we should only buy American to keep American jobs but maybe what we need to do it buy with our conscience.  Human life in foreign lands means nothing in your day to day scheme of things, but it does speak volumes of our character.  Why do we wait until there is a disaster to care about people and offer money, food and clothing.  Why is good will toward man only a seasonal sentiment.  Human life is very precious.  Each individual is unique as no two snow flakes are alike and they are there for a short while to enjoy before they melt.  We should be more outraged from the loss of human life than we are on living conditions of chickens.

The garment industry in Bangladesh produces 20 billion dollars from exports to this country.  The way you shop can help make a difference in the world and demonstrate that America cares more about people than buying a cheap priced sweater.  In this day and age you shouldn’t have to kill yourself to feed your family even if you meet the enemy, looking in the mirror.