This article was originally published Jul 2012 and was spawned from a discussion on LinkedIn.  However, In light of recent accidental workplace explosions and fires it has been revised and updated.

What is going on people?  There has been a series of serious workplace accidents in the news of late, happening around the world and the U.S.  This is a big concern since it tells me people are getting lazy, cutting corners and looking the other way from glaring safety violations.  I fear some are using budgetary concerns as an excuse to reduce safety awareness, training, preparation and enforcement which is infuriating since most if not all of these accidents were absolutely preventable.

(Warning-on my soap box for a moment)  When you read about American manufacturers crying about the cost of compliance of safety and environmental programs laid out by U.S. Government Agencies and how the industry can do a better job of regulating itself, I look at these incidents and wonder how bad it would get if they did.  Don’t these corporations realize these incidents only lead to further scrutiny by those Government Agencies,  adding more red tape and contant OSHA investigations which always leads to finger pointing, not to mention the lost revenues due to shutdowns for investigations, the imposed fines as well as the care and rehabilitation of the injured or even worse, death benefits.

You can always recognize a facility that has slashed or eliminated it’s safety budget as soon as you walk in the door.  Immediately you notice the safety violations, lack of organization, cleanliness, enforcement and poor working habits.  It has been proven over and over the best course of action is   still prevention.  So let’s look at some of these recent accidents. 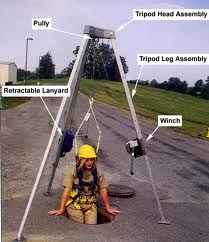 • April 8, 2013.  7 Workers Die Inside Mexico Brewery Tank.  PREVENTABLE.  There are several measures that should be taken before any employee enters a confined space.  An air sample should be taken before anyone enters to check for toxic fumes.  Do you know what was stored in there before?  Not only should the employee(s) entering wear a tether so they can be retrieved quickly, but someone should also be spotting, constantly maintaining visual and verbal contact while employee(s) are working inside.  There is no quick in and out with this and all procedure need to be followed.  The worst thing is to send in more people to retrieve an unconscious person without proper equipment, you only wind up with more victims.  In the United States NO one can order you into a confined space without taking these proper steps or fire you for refusal.

• April 17, 2013.  The Texas fertilizer plant explosion.  PENDING.  The investigation continues but your credibility may be in question when you forget to tell the Department of Homeland Security that you were storing large quantities of a potentially explosive fertilizer, ammonium nitrate.  Not a minor oops when the reporting threshold is 400 pounds and you held 270 tons.  Then, their most recent partial safety inspection of the facility in 2011 led to $5250 in fines.  I don’t see the savings here in cutting corners.

• April 24, 2013.  Fuel Barges Explode On Mobile River, Injuring 3.  PENDING.  The U.S. Coast guard is investigating but stated that the likely cause of the fire was a spark created during cleaning.  The question begs, was proper protocol followed before cleaning began or was someone in a rush and just cut corners?  As above, working a confined space like a fuel barge, you need to make sure it is empty and free of fumes before beginning any work, and double check before using any type of flame or spark producing equipment.

• April 26, 2013.  Worker Killed At Nissan’s Tennessee Plant.  PREVENTABLE.  An employee of a supplier died in a fatal accident at its vehicle assembly plant in Smyrna, Tenn. when a large electrical panel fell while it was being moved.  My gut tells me that someone thought this would only take a few minutes and didn’t make sure the equipment was properly secured for moving.  I found that outside contractors are the worst at following safety guidelines and gives your staff a legit complaint of why they have to and outsiders don’t.  The best way to handle this is outside contractors are escorted everywhere by an employee, which costs money or they go through a training course given by the company and after that any violators are banished. 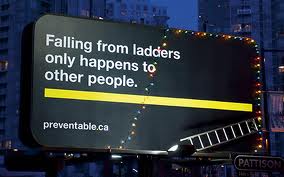 • March 21, 2013.  $58M verdict in death suit could be New Mexico record.  PREVENTABLE.  Training is so critical to any job.  How the machine operates, how to clock in and out, PPE and how to properly wear it, all the do’s and don’ts.  The jury sent a clear message to the trucking industry, and the oil and gas industry in particular, that those companies who choose not to follow safety rules, and who place profits over human life, will be held accountable for the harm that they cause.

• May 1, 2013.  Worker Dies in blender at meat plant.  PREVENTABLE.  LOTO (Lock Out Tag Out) – This is a loto you want to win.  No piece of equipment should be touched until it is rendered safe by cutting off it power and/or air supply.  No matter how young or agile you think you are you still are not quicker than the machine.  Clearing jams, making adjustments, replacing parts, and for cleaning — LOTO.  Again, in the U.S. NO ONE can order you to work on “live equipment”.

Safety in the workplace is not a magical process that happens all on it’s own.  It is something that needs to be planned, prepared, communicated and then training, instruction and more training followed by your ever present vigilance.   There is no worse feeling in the world than filling out an accident report and escorting an employee to the emergency room.

You have every right to leave work at the end of your shift the same way you arrived, in one piece.  If safety is not taken seriously at your workplace you have a few options.  Become a safety advocate and bring issues to your supervisor.  Discuss the issues with your H.R. department and help form safety committees with management and workers resolving potential problems together.  If you belong to a  union bring the issues up to your business manager, what are you paying dues for?  However, if your attempts to bring safety forefront are continually ignored or put down and people are getting hurt, you have an important decision to make.  You either put up with it and hope for the best or you quit and work somewhere else where your life is appreciated as much as your contributions or pick up that phone and call OSHA. There is only one you that can’t be replaced and who wants to be there when the finger pointing begins.