HAPPY NEW YEAR!   Welcome to 2014 and I wish each and everyone of you, a happy, healthy and prosperous new year.  Ah yes, inhale, love that fresh new year smell!  Ready to hit the ground running full of promise as we begin a new start and ready to nail those resolutions we made on those things we want to improve only to later regret and beat ourselves up for not following through.  Such a waste of time.  Lets just forget the word “resolutions” and rid yourself of it’s connotations and instead write out GOALS, ACCOMPLISHMENTS, EXPLOITS, FEATS, what ever you want to call them for this new year.  Ones that are realistically attainable and here are some examples to help:  *I will always wear all PPE required by the company when doing my job.  *I will always follow LOTO (lock out tag out) procedures when cleaning, adjusting or any work on equipment.  *I will participate on the company safety committee.  Simple, attainable…Easier than you thought?  With that said, unfortunately, this is another episode of Companies Behaving Badly.

Two Amazon Workers Crushed to Death on the Job – PREVENTABLE –  A temporary worker employed by Abacus, a temporary staffing firm, was crushed between pieces of equipment in a New Jersey 3PL facility owned by Amazon but operated by Genco.  As we have seen in the past with the facilities under contract to Walmart they are not run very well and training does not generate profits so it’s rarely done.  In another facility operated by Amazon an employee was killed when a forklift fell on him and is still under investigation.  Just because they’re called temporary employees doesn’t mean their lives should be and it is not fair to put these workers on the floor with the attitude they’re not worth the time to be trained!

OSHA Cites Metal Company for Safety Violations after Worker Blinded – PREVENTABLE – McNeil Group, operating as Pinnacle Metal Products was fined over $90,000 after an employee was blinded by a serious head injury.  It turned out the employee was not properly trained on operating a scissors lift and this led to further looking by OSHA and guess what, they found 11 more violations from no adequate training on machine guarding, exposing workers to amputation, failure to train and no load ratings on machinery.  Nothing like tempting fate.

OSHA Serves $150,000 Fine to Olé Mexican Foods for Alleged Safety Hazards – PREVENTABLE – You really have to wonder about the intelligence of a company when OSHA comes in and points out serious violations and they do absolutely NOTHING to correct them to protect their workers, to the point the workers complained to OSHA and now Ole is faced with $150,000 in fines.  The repeat violations included failing to ensure workers doing maintenance understood the energy-control program and procedures, nothing like hoping your staff can get the job done safely.

Hartford welding firm hit with OSHA fines – PREVENTABLE – Jarosz Welding of Hartford, Conn. failed to correct workplace safety hazards cited during an August 2012 inspection, that’s what OSHA found when they came back.  “We found no evidence that the employer made any effort to safeguard its workers from these serious hazards that prompted great concern and various citations upon initial inspection,” Warren Simpson, OSHA’s area director in Hartford stated.  Those uncorrected issues included no welding screens near welding stations, not maintaining suitable extinguishing equipment in ready condition while work was being done and failure to install safety guards on machinery.  Knowing your employees are in harms way and not caring enough to do anything about it should lead to jail time.

Rite Aid Cited by US Labor Department’s OSHA for Safety Hazards at Kings Highway Store in Brooklyn, NY – PREVENTABLE – Rite Aid gave workers the wrong aide when they exposed them to 11 foot falls, lacerations and other trip and fall hazards. Imagine working in an area with an uncovered opening that led to a 11 foot fall and a good chance your death.  That one day while rushing to help a customer you forget about the unmarked opening and poof!  These fines for intentionally exposing workers like this, did I mention it was a repeat violation,  is only chicken feed to these companies and we need much stiffer fines to stop this madness.

North Brunswick Furniture Warehouse Fined $71,000 Following OSHA Investigation – PREVENTABLE – Yet another repeat offender!  Complete Liquidations, doing business as The Furniture Exchange was cited with 4 repeat and 13 serious violations.  The repeat violations were not keeping exit paths clear, failure to label dangerous chemicals, failure to provide adequate work area near electrical equipment and failure to keep spray booths free from storage.  Sounds like they were trying to liquidate the workers as well!  On top of that there was no emergency action plan, maintained fire extinguishers and no training.  Total lack of regard for the employees who are trying to house and cloth their families.

Main Street Post Office cited by OSHA – PREVENTABLE – The U.S. Postal Service receives quite a bit of criticism about it’s lack of customer service and for being very slow to respond to problems, which are indications of poor management.  Nothing spotlights their lack of leadership better than the 2 REPEAT violations for not providing adequate exit routes  and allowing blocked and obstructed exits in addition to slip and fall hazards due to a damp and wet floors in one area.  These violations will cost the cash strapped Postal service $84,000 which is outrageous for a quasi-government agency to expose it’s employees to hazards this way. 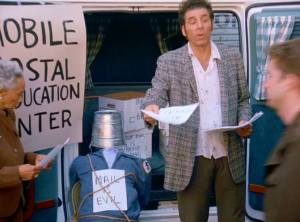 Widow files $40M claim in Maybrook wall collapse – PREVENTABLE – Is it really worth the time or money you think you save by cutting corners on safety?  Employees are not expendable pieces of tissue paper they are human beings.  Whether the widow wins this lawsuit or not, again, is it worth going through all this.  As my Dad used to say, “just do it right and you don’t have to worry about it later.”

OSHA’s Top 10 Frequently Cited Safety Violations – INFO – This is OSHA top ten violations for FY 2013.  Even Letterman couldn’t make this funny.  Make a goal for 2014 to make sure none of them exist at your place of work.

This brings another episode of Companies Behaving Badly to a close.  If you do see safety hazards at your place of work, DO something about it!  Speak UP!  You don’t have to put up with it and except for first responders and the military there is NO job that you should have to risk your life to save a few minutes or dollars.  You should expect to go home at the end of your shift the same way you arrived, in one piece.  The Wizard knows your future and that is you will become a safety advocate in 2014 and be active on the company safety committee.  Stay safe. 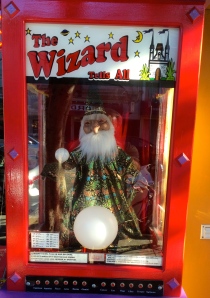