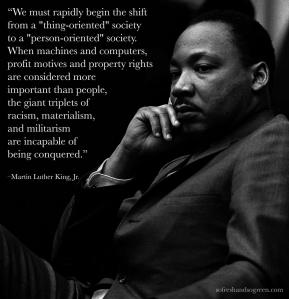 Like most kids I had a few heroes in my life that I admired and emulated.  Some were real like my Dad and some were fictitious like Superman.  A hero is defined as a person who is admired for great or brave acts or fine qualities.  As my interest changed my next big hero was Mickey Mantle and his bat.  Even without my transistor radio, I could hear the crowd roar at Yankee Stadium from my bedroom window every time he put one out of the park.  Later on as I matured and understood more about life, my heroes were fire fighters and police officers and I admired how they’d put their lives on the line in a moments notice but then minutes later get involved in a stick ball game with us neighborhood kids.  Then along came the 60’s and I was surrounded by change and as the world seemed to go to hell in a hand basket, and as I was looking for answers I heard a voice come out of the chaos and what he said along with his actions just totally put me in awe.  Not only did this man come to define for me who a hero was but further demonstrated the meaning “one who shows great courage”.  No matter how loudly the maddened crowds yelled obscenities  at him and other verbal or physical abuse, no matter the fire hoses turned on full force to push him back, or the people spitting and kicking or police dogs, this mench (Yiddish – A person of character. An individual of recognized worth because of noble values or actions.) never demonstrated anger or raised his hand in aggression to his oppressors but stood tall, smiled and kept walking and preaching his love for mankind and what he truly believed that all men are created equal.  I was riveted to every word he spoke and still get a chill down my spine to this day when ever I hear his speeches.  For preaching this simple message of love and equality for all human beings he was taken from us far too soon and this man, Martin Luther King, Jr. will always be a real HERO to me.   With that in mind, unfortunately this is another episode of Companies Behaving Badly. 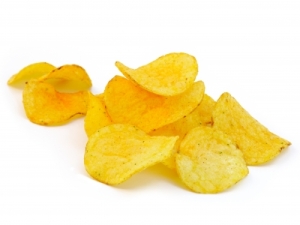 Potato Chip Company Cited for Over 20 Safety Violations – PREVENTABLE – Terrell’s Potato Chip Company in Syracuse, New York must be suffering a case of Deja Vu as they were fined $115,500 for 9 repeat violations that were first found in 2009.  It seems they were o.k. with exposing their employees to unguarded parts of machinery, failing to train on unintended startup of machinery, failing to secure stacked materials from collapsing, failing to remove damaged electrical parts from service and failing to keep work areas clean!  That last one scares me since you don’t want to hear that happening in a food processing plant.  On top of this they also had a locked exit door, fire extinguishers not fully charged and unlabeled containers of hazardous chemicals.  Chips anyone?

Forever 21 Fined $236K for Repeat Violations, OSHA Says – PREVENTABLE – No one is going to be forever anything working with these hazards.  This trendy retail outlet thinks it’s trendy to expose it’s employees to safety hazards in their Paramus, N.J. and Manhattan locations, four of which are repeat violations to the tune of $236,500.  Inspectors found obstructed exit routes, a fire extinguisher not mounted and accessible, stored material not secured from collapse and fluorescent lights with no covers to prevent accidental breakage.  What is amazingly stupid is all four of these issues were easy fixes and everyone would have been happy, but totally ignoring employees led them to call OSHA in.  Why would you want to do it the hard way?

Connecticut Metal-finishing Plant Fined for Serious Hazards – PREVENTABLE – Another incidence of a complaint by employees prompting an investigation by OSHA and with good cause.  Har-Conn Chrome company was exposing workers to various chemical and mechanical hazards including similar hazards cited during a 2010 inspection.  That’s right, instead of listening to their employees about conditions at the plant they left them exposed to fire, chemical burns, eye injuries and lacerations and also didn’t bother to provide eye and face protection, have adequate guarding on machinery or labeled containers of hazardous chemicals.  Nothing tells employees where they stand more than constantly putting them at risk on a daily basis. 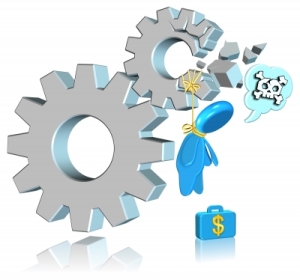 OSHA calls for fines in fatal elevator accident at Tradewinds Resort – PREVENTABLE – Mark Allen Johnson left for work on a beautiful wednesday morning  as the company he worked for, SWS had been subcontracted to clean out the bottom of an elevator shaft at Jacaranda Beach Villas.  Mark who was not a certified elevator technician had been at it for about 40 minutes and was probably thinking about lunch when his thoughts were suddenly interrupted with horror as he was crushed to death by an elevator.  Unbelievably, the fire department that had tried to rescue Mr. Johnson noticed that NO ONE that day ensured the main power to the elevator was completely off, as employees of Tradewinds and SWS did not coordinate to make sure LOTO took place.  This was a senseless death as it could have been avoided if someone had taken a second to get their head out of their ass and use a checklist to make sure LOTO was used.

Chemical Spill Shuts Down Much Of W.Va. Capital – PREVENTABLE – A chemical, 4-methylcyclohexane methanol which is a foaming agent used in coal mining leaked from a tank at Freedom Industries and then overran a containment area and into the river.  Confusion abounds on how toxic this chemical is, as water company president Jeff McIntyre said the chemical isn’t lethal in its strongest form however according to a fact sheet from Fisher Scientific, the chemical is harmful if swallowed  and could be so if inhaled and causes eye and skin irritation.  Large gap there!  You would think that the water company would know and understand what chemicals are stored close to the river and what effects they may have on the local wildlife as well as humans if consumed.  If you rely on containment areas to stop spills from contaminating local land and water areas please inspect them on a regular basis to avoid problems and don’t wait until the day of a spill, it’s not fair to the humans who share this planet with your company. 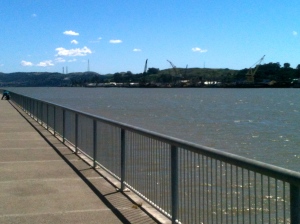 I2P2 Proposed Rule Coming in September – INFO – OSHA will issue a proposed rule in September 2014 that would require employers to implement an injury and illness prevention program, I2P2.  Currently, voluntary Safety and Health Program Management Guidelines are in place and they were published in 1989 and is available on line.

OSHA Issues Guidance on Combustible Dust Hazards Under New HazCom Rule – INFO – Manufacturers and importers are responsible for considering the combustible dust hazards of the chemical in the form they’re shipped as well as those that might stem from normal use and foreseeable emergencies.  Be aware the standard’s handling of combustible dust has emerged as an area of great concern for industry, with some advocates claiming that the agency engaged in backdoor rulemaking by including combustible dust in the hazard communication rule. The regulation’s treatment of combustible dust is the subject of an ongoing legal challenge in a federal appeals court.  In the mean time check where your company falls in this to avoid problems.

Speaking of heroes.  There’s a small group of heroes that we all take for granted, the lineman.  We’re so used to just flipping on the switch and boom – light.  Or turning on the T.V, the blender, microwave and on and on.  When it doesn’t happen we get pissed.  Damn electric company!  Take a deep breath and remember there are real human beings out there, working their asses off as safely as possible without taking unnecessary risks so you can watch Duck Hunters and the Bachelor.  Yea, there are times it seems to take forever but they want to go home to their families at the end of the day too and need to operate safely and sometimes safety done right takes time.  I share this cartoon from KARK 4 News, Little Rock, AR which was shared to me by Toyota lift of Minnesota. 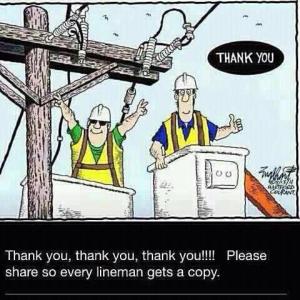 That brings this episode of Companies Behaving Badly to a close.  Thanks for stopping by and please don’t hesitate to share any of these stories at your next tailgate or toolbox safety meeting.  You have the right as a human being to work in a hazardous free, accident free, safe environment.  If you see a safety hazard at work, don’t assume the next guy will report it, take care of it NOW.  The life you save my be your own.  Until next month.