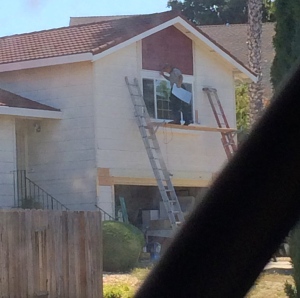 It must be a virus!  How else can you explain all the falls that are still going on.  As of September 6th. 2014 – 1,296 workers died due to their job this fiscal year.  In 2013 Falls were the most cited violation in the construction industry as 294 died due to falls (36.9% of all 796 deaths in construction).  It must be the virus that keeps us from leaning from past experience as fall protection is still the #1 OSHA violation as 6,143 have been issued so far.  So let’s stop the madness. It is so easy to buy fall protection gear, you can even get it online from Grainger. Stop making excuses and you workers, why do you listen to idiots that tell you it’s O.K. to work without fall protection.  You know they’re called ACCIDENTS for a reason, not on purposes.  You don’t know if a gust of wind is going to hit that sheet of plywood and push you or if you will slip on someones spilled coffee.  If you are forced to work in unsafe conditions and no one in management is listening, you can go to the OSHA website and file a complaint online or call OSHA at1-800-321-OSHA.  Well unfortunately, this sounds like another episode of Companies Behaving Badly.

Security Guard Killed on the Set of ‘Falling Skies’ – PREVENTABLE – A horrible accident that could have been prevented as Amrik Singh Gill, a security guard on a television production site was pinned against a tree as a unattended 5-ton truck sitting on a slight slope, slide down, killing him. The truck driver should have know better than to leave his vehicle like that.  As with forklifts if you are going to be out of sight of the vehicle make sure it is correctly parked. Engine off, break on, forks down.  Do it the same way every time, make it a habit for life.

Forklift accident in Edmond leaves two dead, one injured – PREVENTABLE – Two brothers, Michael Birney, 56, and Daniel Birney, 54 were killed when the forklift supporting their elevated platform tipped over and crashed to the ground.  A third person, a 21 years old male was severely injured and is in the hospital.  They were moving decking tile when the accident occurred.  The investigation is currently in progress, but forklifts tip over when the maximum weight capacity is exceeded and/or not used on a level surface.  Always check the manufacturers plate for the weight limits at various heights before using and if there is no plate tag the vehicle out of service and report it.

Man crushed to death in forklift accident near Tampa – PREVENTABLE – Ricardo McCalop, 51, an employee of Infra-Metals owned by Reliance Steel & Aluminum, was near the end of his shift and looking forward to spending time with his family when the forklift he was driving overturned and crushed him.  He was moving a steel beam when it struck a pile of other beams causing them to shift and hit the forklift knocking it over.  Why you would allow workers to operate in an area of such tight quarters is beyond me, it’s just an accident waiting to happen.  Don’t set your employees up for failure.

Company fined $70k for forklift death – PREVENTABLE – Even in New Zealand they know a forklift in need of repairs should NOT be used as Busck Prestressed Concrete Ltd was convicted in District Court for the death of 47 year old employee, Anthony Wells.  Busck Ltd. in all their glorious stupidity allowed a modified 6.5 tonne telehandler operate in service even though the headlights, front indicators, brake lights, front hazard lights, horn, screen washers and front wipers were NOT WORKING in addition to having a missing right mirror and 4 different brands of tires, each with a different tire pressure!  As if this wasn’t enough of a recipe for disaster they also had a trainee with NO formal qualifications operate the vehicle!  Because of their arrogance in allowing this machine to operate Anthony Wells was hit and killed in the early hours of February 25th and now they were ordered to pay a fine of $70,000 and pay reparation of $60,000 for a total of $130,000.  The repairs would have been much less. Do NOT operate a forklift or any vehicle that is in need of repairs even if someone in management tells you it’s o.k.  If they threaten your job for refusal to drive a death trap call OSHA!!

OSHA investigates forklift accident at P&G distribution center – PREVENTABLE – In the early afternoon of a Friday an employee of the Procter & Gamble D.C. in Pennsylvania was seriously injured when he was trapped between a forklift and a shelving unit.  OSHA is currently investigating the accident but my suspicion is that the forklift driver didn’t look before backing up and/or the worker didn’t alert the driver he was behind him.  I can’t tell you how many times I’ve seen a forklift driver just quickly slip into reverse and move without so much as a glance to see if the area is clear.  It’s like the same morons who just pull out into traffic from a parked position without first signaling and looking to see if traffic is clear. Why would you think you are the only one out there?  If your warehouse doesn’t have specific walkways for employees to use to avoid forklifts or other vehicular traffic you are just delaying the inevitable.

Cal/OSHA fines UC Berkeley $26,000 in death of custodian – PREVENTABLE – Even in the environment of a great institution of higher learning where some of the greatest minds have been taught, common sense can still be lacking.  Damon Frick, 45 was busy cleaning windows when the lift he was using collapsed under him and he fell 22 feet and later died from his injuries at Highland Hospital.  Mr. Frick had assembled the lift by himself before using and if one of his supervisors had bothered to check in with him and his work maybe he’d still be alive today but then, they even allowed him operate at that height ALONE!  The University was quick to cover their butt by showing they had documentation he was fully trained, back on March 12, 2012 on a piece of equipment that’s used once a year. There was no refresher training conducted in-between or practice and you have no idea how ironic this is since Berkeley is also the home of Continued Education where courses for Lawyers, Doctors and other professionals are offered so they can keep up to date on practices and procedures.  This is now costing UC Berkeley $26,250 for ineffective training, improperly assembled equipment, no documentation of safety inspections, maintenance records as well as no operating instructions on the lift.

OSHA cites MCM Industries Co. for serious violations – PREVENTABLE – It takes a lot to finally push an employee to make a complaint to OSHA.  Usually the final straw is when they realize the company isn’t going do anything about an obvious hazard and that’s what MCM Industries Company was doing.  In fact when OSHA conducted their inspection they found 23 violations including 1 WILLFUL which you know means they knew about the problem but couldn’t care less about fixing it.  Workers who help these owners and bosses to earn money on their sweat were exposed to amputation injuries from lack of required guards on mechanical power presses.  Hey boss, how about we put some amputation hazards under you desk.  Think you can still concentrate on your job?  They also received 17 serious violations including, surprise, surprise, no L.O.T.O. procedures and for all this a proposed fine of only $126,700.  I strongly feel that if you demonstrate indifference to human life with a willful violation we should be talking million dollar fines and/or jail time.

Condiment Maker Faces $235,000 in OSHA Fines – PREVENTABLE – Again, an inspection initiated by an employee complaint from an employee in the Brundidge, Alabama facility of Supreme Oil Company of New Jersey. This worker understood the hazards as OSHA found 8 repeat violations, having been found previously in a 2012 inspection for no guardrails on staircases and open-sided platforms, wet floors, untrained workers in L.O.T.O. In addition the company exposed workers to struck-by, amputation and electrical hazards.  A total of 14 violations for a total of $234,960 in fines. It is so sad when companies care about profits more than employee’s lives.

OSHA cites Canton aluminum plant for safety violations – PREVENTABLE – Here is a third case of an employee finally seeing enough and calling OSHA and filing a complaint and this time 2 Willful violations were found along with 1 repeat and 2 serious for a grand total of $130,200. The name of this company who couldn’t care less if an employee was maimed or killed on the job is Matalco U.S. Inc. and they had no problem exposing workers to amputation hazards and failing to remove a crane with broken safety mechanisms out of service. Can you believe that?!  They knew if there was an emergency and a worker went to shut it off it wouldn’t! They also exposed workers falls of more than 23 feet over an open pit.  The best is during their inspection, OSHA actually observed workers standing on aluminum blocks and elevated by a forklift to perform tasks on the furnace exposing them to falls at least 8 feet.  They are now in the Severe Violator Enforcement Program but again I believe larger fines and jail time sound appropriate for this owners and bosses.

Want to save over 3 Billion dollars this week?: The Importance of Workplace Safety – READ THIS – Great article in the National Law Review on how workplace safety can be done and save money while increasing pride amongst your workers.

Changes to OSHA Law are Coming to California – CHANGES – Also beginning January 1st. 2015 CAL/OSHA has some significant changes putting more of the burden on the employer and reducing the ability of CAL/OSHA to make modifications to civil penalties.

That my friends brings another episode of Companies Behaving Badly to a close.  As always I want to thank you for taking time out of your busy day, stopping by and reading this blog.  Please feel free to share these incidents at your next tailgate/toolbox safety meeting.  The more information your employees have the better job they can accomplish.  Be active on your company safety committee and if you don’t have one start one, it’s easy to do.  Speak to your supervisor or H.R. department.  You do not have to work in unsafe conditions and no one can force you to do an unsafe act.  Don’t wait until someone dies, report unsafe acts to OSHA.  Remember the life you save may be your own.  Until we see you again on October 15 – take care. 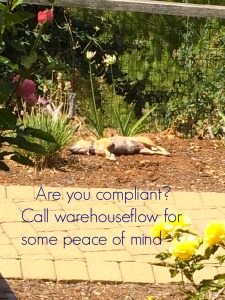