The above Dilbert comic is what I like to call a knee-jerk reaction to a workplace safety issue.  It always immediately occurs after a serious accident that results in an injury or death.  It’s spawned from a combination of good intentions and guilt mixed with the panic of lawsuits and possible trigger for an OSHA inspection.  However, the problem can be exacerbated by the sudden manic rush of safety information flooding the workers and issuing hastily and poorly written new policies and procedures that may actually be contradicting normal day to day operations.  Then add poorly planned training that is rushed through on each shift but not thorough enough and now there are even more questions on the floor that will wind up causing confusion amongst the staff, slows down production and costs you money.  You unintentionally keep spiraling as you’re continually adjusting and re-training to correct the previous bad information and now the workers have no confidence in management.  The good news is this reaction can be so easily avoided by simply having policies and procedures in place that are enforced on a consistent basis along with continued training and education.

However, even with the best-written procedures and training, complacency can still creep in and be one of the worst enemies of safety.  It’s a natural human behavior and who knows what triggers it?  The repetition of tasks on a daily basis leading to boredom?   Workers begin to cut corners as a thrill to break that boredom, supervisors let the little things slide, then before you know it, people are scurrying to create alibis and cover their asses.

At one place I worked, we had several man-lifts throughout the plant.  They can be very dangerous if you don’t know what you’re doing.  When I was hired, part of my orientation was being taken to a man-lift and after a brief demonstration and explanation were told to go up one flight by my myself, get off and then come back down.  I completed the task and was passed.  Over time though, sloppiness reared its head and the lift training became hit and miss.  To make it worse, we had outside contractors working on construction projects in our plant and they were not trained or tested on the man-lifts, let alone any other procedures such as the fact that they couldn’t bring their tools or equipment up the lift and instead had to use an elevator.  As luck would have it, one contractor wound up falling off the man-lift and sustained severe injuries.  The next day we were all told to retrain our shifts on how to use the man-lift and have them sign off they were trained.  The knee-jerk reaction that could have been prevented if the policies and procedures that were already in place had been enforced on a consistent basis.

Whenever there is a catastrophe at work before you run off screaming we need more laws, we need more rules to prevent this from ever happening again, stop, take a breath and first look at where the current rules failed.  Was it the rule is not clear enough, efficient enough, relevant enough or just not followed enough?  Also, listen to your staff.  Make sure they are allowed to participate in safety committees and discussions and never ignore a concern they express on safety.  Just because it’s a pebble to you doesn’t mean it isn’t a boulder to them.  Get back to them even if it’s just to say I’m looking into it or maintenance is working on a solution and should be completed by.   You can also encourage engagement from the staff by having a quick, 5-minute huddle before the shift begins and give reminders on safety like it’s a very hot day, so please make sure to drink a glass of water every hour and watch each other for the warning signs of heat stroke. 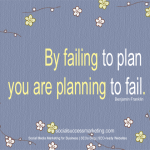 You are in control of what happens in your part of the plant.  Keep control by keeping the conversation going on safety and you too can avoid a knee-jerk reaction to workplace safety.

Need help with putting together policies and procedures that’ll keep you compliant? Not sure how to begin or conduct a monthly safety meeting?  Tailgate/Toolbox meeting?     That’s why we’re here.  Contact us. We’re warehouseflow advisors.