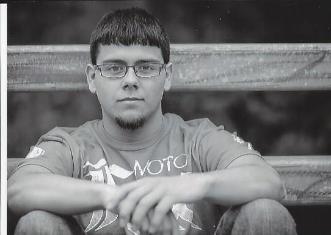 When a young person dies in war, it is heartbreaking and only somewhat comforting that it was in the service of their country.  When a young person dies in an industrial accident it is just as heartbreaking and in both cases the world has lost an original masterpiece, someone who later in their life may have gone on to invent or discover or paint or write something that will improve the world or produce the offspring that may accomplish all that.  The Army gives at least 10 weeks of basic training to ensure civilians become soldiers and 14 – 16 weeks in some cases of specialized military functions so they are prepared and ready before being sent into a dangerous situation.  So when I see a young man die in an industrial accident because he was thrown into a job like grist for the mill my feelings turn into anger.  Kelsey “Bug” Hagenson, an 18 year old who enjoyed the outdoors and just beginning his journey in life, had been on the job only 3 months, when he was mixing concrete at a construction site when a forklift, driven by another employee, 15 years on the job, with inadequate training and no use of his right hand, hit and killed Kelsey.

OSHA has cited the company, Lunda Construction Company for 1 Willful and 5 Serious safety violations along with a proposed fine of $105,000.  For those of you who don’t know, a willful violation means the company knew there was a hazard that could kill one of their workers but couldn’t care less to do anything about it.  Too me, that’s manslaughter especially when you take into account that Lunda has a history of worker deaths and safety violations being inspected 30 times over the last 5 years, receiving 12 Serious violations and earning a spot in the Severe Violator Enforcement Program.  With this history, they also should be barred from competing for ANY Federal, state, or city construction contracts .

Let’s not allow Kelsey’s death be for nothing and turn this into a positive.  On any construction site in any state, watch out for each other.  Pair up with the younger workers, be their buddy and mentor them on safety, the job and how to go home in one piece.  You are there to do a job under dangerous conditions.  There is no room for horseplay or joking. Yea, there will be times they may come off as a know it all, talk to much, or you think their music sucks but guess what, you were like that when you were young too.  Just because you were treated like crap and weren’t shown anything when you began years ago doesn’t mean that has to continue.  Be a mentor, share knowledge, be kind and let’s prevent another senseless death of a young worker.  For you young workers, if you don’t receive any training on how to recognize hazards at the job site, or how to operate machinery or how to use fall protection gear, you must make an important decision.  Is the job worth your life?  If it’s a union job, get hold of your representative immediately and if there is no one there to protect you, CALL the OSHA hotline – 1-800-321-OSHA (6742).  Also check out the OSHA website for information in both Spanish and English on what to expect on the job.  The information could just possibly save your life.  Don’t become a statistic and never keep quiet about safety, it’s the best way to honor the memory of Kelsey.