The art of the Pop In –
One of the most valuable things I learned as an employee through years of observation is that boys will be boys at any age, so when I joined the ranks of management I made sure to implement another concept I learned, the Pop-In.  You may have heard this referred to in other terms like Gemba walk,  Genchi genbutsu,  walk about, safety walk, walk or a stroll.  Whether your warehouse is a multi-shift operation or you oversee several different sites, the pop-in, what ever you want to call it is a great tool to use.
My experience has been that companies are very cavalier about their graveyard shifts.  It’s a time when the workers have free run of the place since 99.9% of management is not on the premise.  No nosey executives poking around, no office people getting in the way, no sales/marketing staff with inane questions about products, usually just one supervisor or manager with maybe a lead and a crew entrusted with millions of dollars in equipment and inventory.  The challenge of keeping everyone focused through the night on the job and not wandering off on tangents is rigorous.

I perfected my Pop-In technique as a supervisor.  I would constantly show up on the shop floor but always from different entrances and directions.  I would do what ever it was I had to do at my desk for 15-20 minutes and then go for a Pop-In from the office door. Sometimes I’d Pop-In from the break room and sometimes from the dock entrance, not keeping to any set walking routine.  You get to see the whole operation from different points of view which give you the opportunity to see if there are repairs or other things that need to addressed as well as being available to employees for a chance to bend your ear and of course, it keeps everyone on their toes.
When I was hired to manage my first three-shift distribution center the Pop-In became even more critical of a tool.  I always knew what was going on during  day shift since I was always there so several times during the month I would tweak my schedule so I could Pop-In on other shifts.  Sometimes I’d stay over to be with swing shift or come back in the middle and the same on graveyard shift.  Except for my assistant, no one else knew when or where Phil was going to pop-in.  As a DC manager, when you’re always on days you don’t get to bond with other shifts supervisors or their staffs like you do on days. and that can make them feel left out of the loop or worse, that no one cares but you can alter that perception by seeing what they go through on their shift and listening.  When I would pop-in, like any good visitor, I’d never show up empty handed when I did the Pop-In. Sometimes I’d bring dinner, snacks, a safety meeting or an impromptu evacuation drill.

Now I’m going to share a personal Pop-In story that should hopefully demonstrate how important a tool it is.  As with any new job you spend the first few days learning the lay of the land as well as being trotted around in a marathon dog and pony show.  Everyone wants to speak with you and share their opinions and air their grievances on the operation you’ve just inherited.  Your staff good or bad,  your operation dependable or not, the long history and so on and so on.  Most of it you just take in with a smile, an occasional head shake and a thank you.  A few weeks into it as things settled down, the day shift warehouse lead came to me and said, you told us you have an open door policy, can I speak with you?  Of course you can.  He started with, I know I can get fired for going over my supervisor’s head.  He then told me he had pointed out an issue of discrepancies on what graveyard shift said they picked and staged and what was actually being done to the previous DC manager, but he didn’t seem to care about it.  I asked him if he had spoken to his supervisor.  Yes, he was about to stop and suddenly got emotional but he just puts up with it and doesn’t want to rock the boat and I’m tired of watching him work his ass off and not getting the credit for what’s getting done!  I thanked him for his concern and passion, reassured he wasn’t going to get fired and promised that I would get back to him within two weeks.
After I had finally settled in to my routine for day to day activities I turned my attention to those daily shift reports and alleged discrepancies.  The reports were simple, number of orders completed, number of cases picked, number orders shipped, staffing, equipment issues and any other problems that occurred.  According to the supervisor’s report, graveyard was picking an astronomical numbers of cases and completing orders in record times!  Wow!  I was impressed.  Is there a problem?   However, one thing I also noticed was something that was missing from the report.  There were never any equipment issues noted on graveyard shift but day shift had them almost daily and their reports showed just slightly more cases picked over the course the whole shift.  Now what did our WMS have to say about what was being done? 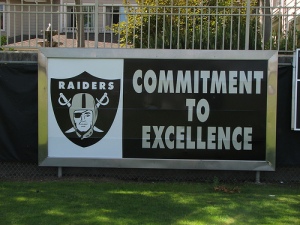 The numbers told me that graveyard was doing about half of what their reports indicated and that day shift was doing the bulk of the work as well as dealing with repairs and cleaning.  I spoke with my day shift supervisor on how things were going and that’s when I was told that he knew the lead had come to me and that his crew could be even more productive if they didn’t have to spend an hour each morning cleaning up after graveyard which surprised me since per graveyards report they should have had plenty of time to do this.  I kept all this info to myself and knew it was time to do a Pop-In.
They exceeded my expectations.  I entered the building through the offices, since they should have been locked preventing warehouse entry, arriving an hour after the shift had started figuring things should be in full swing and they were.  The first two I ran into was the shift lead and he was half dressed along with a female employee.  I can still remember vividly the expression on their faces.  I had to stifle myself from laughing.  Told them to either go home now or wait for me in the lunchroom.  As they got themselves together I went to the lunchroom and found employees smoking pot, playing cards, reading a newspaper and a whole lot of nothing else.  Morning all.  Why don’t you all wait here until I get back and then entered the warehouse.
The quiet was deafening, well except for the loud boom box, there wasn’t the usual noise of a functioning warehouse.  The first section I came upon was the small package processing and the lead of that area was enjoying greatly whatever he was listening too on his cd player.  As I gave him a few moments to finish his air guitar solo I noticed the naked young woman on his computer screensaver.  It looked very much like the young lady I found with the shift lead in the office.  In fact, it turned out it was.  Finally we made contact with each other and got another priceless expression.  I asked, where’s your shift supervisor?  He stalled, there was a long pause and I began to ask again but was suddenly interrupted by the sound of hoots and hollers and loud screeching as a worker on an electric pallet jack was doing a full speed spin as fast as he could go on the loading dock. He looked at me and shook his head and finally pointed to the shipping office.  I invited the lead to wait for me along with the stunt drivers and others in the lunchroom.  I headed for the office as word must have started to spread that I was here as people began to emerge from the nooks and crannies and the sound of forklifts grew.  The small shipping office had all the shades down and was dark inside as I opened the door.  There was my shift supervisor, soundly asleep in the fetal position on the couch.  Flipped on the lights and before I could say anything, with his back to me he shouted, this better be important!

I responded, oh I think it’s pretty damn important.  He slowly rolled over and saw my happy face.  I remember being thoroughly impressed with the list of excuses that flowed as he defended how it looked in between justification of his actions.  I had enough by the fourth one and simply told him, give me your keys, go home and wait for H.R. to call you. Then I called everyone to the lunchroom so I could face my merry band of workers with a choice.  You can stay and get back to the job you were hired to do and I’ll stay for the remainder of the shift to help or you can go home.  All those I had previously left in the lunchroom had already left the building and the others  did go back to work as each and everyone of them apologized at one point during the rest of the shift
When the HR manager arrived and found me waiting for her, she knew something was up but even she was not prepared for this scenario.  After the HR investigation some workers were terminated, some suspended and or put on probation and everyone else went back to work all having learned a valuable lesson.  The eager and determined day shift lead was promoted and given the graveyard supervisor position and it’s nice having all the numbers line up correctly.  So if you haven’t done it in the past, get up off that butt, grab your 3×5 pad and go pop-in.  The exercise is great, you get your blood to flow faster and you get to see things your WMS will never show you.

Thank you for stopping by and taking the time out of your busy day.  Until next month my friends, stay safe and never keep quiet about safety, for the life you save may be your own.