Dorothy was a machine operator for over 10 years at the Lyon Metals Processing Plant, during which time she attended numerous safety meetings.  At least once a year the topic the safety manager covered in detail was how employees were to respond in the event of an emergency evacuation for either a fire, hazardous spill or natural disaster.  Her first line supervisor also held safety tailgates at least once a week and spoke on occasion about tornados, shelter and place and evacuations.  However, Dorothy never thought it important enough to really pay attention to any of the lectures nor even bothered to read the many multi-colored company handouts, explaining what to do and where to meet if an evacuation were to ever occur.  They just lined the bottoms of her locker and car floor and on occasion were used to jot a shopping list.  Dorothy thought if an emergency ever did come up she would just follow the lead of her fellow workers and go where they go and along with the fact she had worked all these years without incident gave her enough of a false sense of security that she didn’t worry or felt concerned about her safety at the plant. 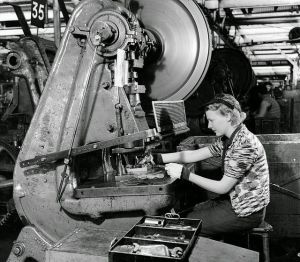 The day began as one of those quiet uneventful Saturday mornings at the plant.  Dorothy volunteered to work overtime so she could buy new Halloween decorations, she loved Halloween.  Dorothy wasn’t working alone since her company believed for safety reasons no one could be at or work alone.  Her partner had stepped away for a break while Dorothy hung back to finish making a few adjustments when the weather quickly turned ugly and the uneventful Saturday turned into a tornado watch that was issued for the county.   Then… it happened.

As Dorothy continued, solely focused on her machine, the shelter and place alarm began to sound.  Dorothy didn’t know what to do, she didn’t know whether the number of blasts of the horn meant fire and evacuate or shelter and place or lunch!   She stood there looking frantic, her partner never came back, there was no one else around to ask, no one around to follow, what should I do!  As the tornado came bearing down on the Lyon Metals plant, the alarm blasts repeated, her mind raced, she tried hard to think, then the building began to shake and windows rattled and the skies got darker.  It was happening all too fast, she was distracted by all the activity and sounds.  Now the roof over her began to peel away exposing the gray spinning clouds of the tornado.  She froze in fear and waited her fate when suddenly, she remembered the sign in the shipping modular office that said, “shelter”!  She turned to run to the modular office only feet away as the walls began to buckle and she dodged the flying shop materials like a running back.  Just as she made it into the office, it was ripped off the floor as the tornado pulled it up into the sky.  Dorothy watched in horror as the modular office spun and rose high in the air until a desk, sliding across the floor knocked her hard to the ground. 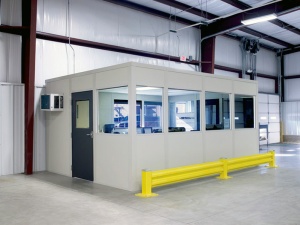 Dorothy sat up and looked out the dispatcher’s window and realized the office module was still spinning around within the tornado. There was movement outside the office that caught the corner of her eye.  It was Bob!  OMG, Bob got sucked up into the tornado too!  Bob was the accident-prone maintenance man who has electrocuted himself several times, never using LOTO.  He once set himself on fire after washing his dirty hands with gasoline and then tried to light a cigarette.  Here he was just flying around with a broom in his hand. Maybe I should get his attention.  Wait!  Isn’t that Tom in his electric car?  Our CFO and head bean counter?!  Tom believes putting money into safety prevention is a waste of money.  Isn’t it funny to see him here in the twister with me?  Dorothy pulled herself up off the floor and slid open the counter window.  Tom!  Tom, over here!  “I don’t think he can hear you”, the voice behind her said.  Dorothy turned around and there was Pete, the forklift driver.  Pete didn’t like following the rules for forklifts, he believed that pedestrians needed to watch out for him, not the other way around.  She asked Pete, what are you doing here?  “Well I was about to overload the tail end of that trailer so he gets stopped at the scales BUT it looks like we’re coming down for a landing now.  Hold tight, we’re coming in hard and fast.”  Dorothy shut her eyes tight and grabbed hold of the desk that had knocked her over and prayed when everything went black!

She awoke, lying on the floor and took a quick self-inventory to find only a large but painful bump on the back of her head.  As she looked around the office, she had no idea how long she had been out.  It was very quiet, the loud train sound of the tornado was gone and the office wasn’t moving any longer but there was also no noise or activity going on outside.  No emergency vehicles, no heavy equipment, nothing.  She stood up as sore as she was and called out, Pete!  She saw no Pete or anyone else in the office as the sun shining through the windows highlighted the rubble mess.  She thought, maybe they’re all outside waiting for help?  She stepped out of the modular office that was sitting in the middle of a green brick path.  There was no one around.  Nothing.  Just the path, trees, an unrecognizable terrain, and Dorothy knew she wasn’t in Kansas anymore.

Her journey begins.  Don’t miss an episode, get witzshared delivered directly by email.