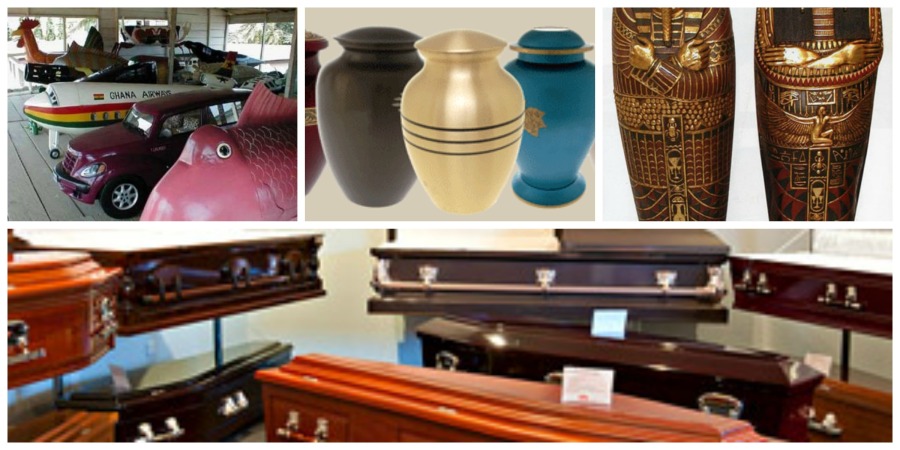 If you were lucky not to be one of the 426 who have died from job-related accidents during FY2015 (as of Jan17th) you were able to spend Valentine’s Day with loved one(s).  It’s a moment to cherish especially if you work for a dangerous company that uses luck at their safety program.  In the blink of an eye – you could be coming home minus a body part or not at all.  You can lose a few fingers a hand or foot and still function in life, as difficult as it may be but when you are dead, there are currently no prosthetics or treatments out there to correct it. You’re dead. So before you go charging out there in the manufacturing/construction world to make a name for yourself, make sure the name is not a new term for how horribly you died.  When working at a dangerous height, (OSHA 6′, State of Arizona may finally be joining the union.) please remember you cannot fly even if you wear a cape.  Unlike the silly 2014 Verizon Wireless Droid Turbo commercial with James Franco who falls off a building trying to retrieve a scarf, you will not have time to do the math on your phone.  You will barely have enough time to think of your loved ones or pray.  Wear fall protection gear!  You have a choice when it comes to workplace safety. You can not be forced to work unsafe.  Ask questions if something doesn’t seem right. Read blogs like this and become knowledgable about PPE, LOTO what they are and mean.  If you don’t get answers or you believe that your company puts your safety in jeopardy and you have brought it to managements attention and nothing changes or you have questions on safety compliance call the OSHA’s national hotline at 800-321-OSHA (6742).  Si usted cree que su compañía pone su seguridad en peligro y que ha traído a las gerencias de atención y nada cambia o si tiene preguntas sobre el cumplimiento de seguridad llame a la línea nacional de la OSHA al 800-321-OSHA (6742)  You know, this unfortunately all sounds to me like another episode of Companies Behaving Badly.

OSHA fines Ashley Furniture $1.77 million – PREVENTABLE – Ashley Furniture has gone all out and beyond all expectations.  Oh, not in sales of furniture but for the 12 Willful, 12 repeat and 14 serious safety violations they received from OSHA along with a proposed fine of $1.77 million.  Over the course of 36 months of repeated violations, 1,000 worker injuries including several amputations occurred. That is almost ONE A DAY!  It appears they are able to offer lower prices by saving money from not having any kind of safety program since they blamed the workers for their injuries and not the fact they just couldn’t care less about their workers’ safety.  First, they were cited when a partial finger amputation occurred, then in July, another worker lost 3 fingers.  5 other employees suffered amputations over 31/2 years because of machines without proper guards. But they still never bothered to correct the problem.  They didn’t even bother to train workers to safeguard against woodworking machines unintentionally starting when making tool and blade changes. That is a company that just cares about profits.  The proposed fine is great but a company official should be in a jail cell for the 12 willful.

OSHA proposes fines against Reynolds Nationwide – PREVENTABLE – Reynolds Nationwide didn’t seem to mind having their employees cleaning tankers trucks that were not properly ventilated, that is until one of their workers finally had enough and called OSHA to file a complaint.  The following inspection found 2 Willful and 6 serious violations of safety rules and issued a proposed fine of $179,000.  As you know a willful violation means that management knew there was a dangerous hazard but couldn’t care less to fix it.  In addition to exposing their workers to dangerous levels of toxic air, they also didn’t bother to have the training or have procedures in place to protect workers.  Be aware, whenever you begin a job that involves working with chemicals or cleaning up after them, you should receive training before doing the job.  If you don’t, you know the company doesn’t care what happens to you.

OSHA: Management Ignored Hazards and Worker Fell into Acid-filled Tank – PREVENTABLE – A maintenance worker performing his daily tasks had no idea the horrors he would face that day.  His employer WKW Erbsloeh North America Inc. didn’t care that the walkway over a tank of corrosive phosphoric and sulfuric acid didn’t have railings, which most probably would have prevented him from falling into the tank and receiving severe burns on his face and internal organs. The resulting investigation found 1 Willful for not having railings and 5 serious violations ranging from failing to provide equipment to prevent accidental machine start-up and not ensuring workers followed procedures to prevent it to not monitoring air quality inside tanks and not training in confined space. For all this, a proposed fine of only $177,500 and no jail time.

Portage business cited for 30 OSHA violations – PREVENTABLE – Another instance where an employee was not going to put up with the lack of safety and did the correct thing by filing a complaint with OSHA. He knew what they would find and it wasn’t hard as a total of 30 violations turned up at Frick Services along with a proposed fine of $74,200.  Employees were exposed to 10 electrical hazards by using equipment that wasn’t rated for wet use in damp wet conditions, electrical equipment not protected from vehicular traffic among a few.  The company also didn’t bother with a respiratory protection program, gave no appropriate training to workers and didn’t bother with an emergency action plan and did maintain equipment properly.  All typical moves by a company that didn’t care what happened to their employees or wanted to be bothered with spending a penny on a safety program.  Just so you rookies out there know, training is more involved than just being pointed to the shop floor.

OSHA fines Schaumburg company $86K for workplace safety issues – PREVENTABLE – Mercury Products Corp thought it was a great idea to save money and boost profits by just tossing new temporary employees onto the shop floor without training or proper supervision.  What could go wrong with that?  The result was 25 safety and health violations including a repeat violation for lack of training which they were also cited for in 2010.  All this and only a proposed fine of $86,000 by OSHA.  They also didn’t bother to protect temp and regular workers from moving machinery parts, issue PPE and exposed them to electrical hazards. Employees also weren’t trained about hazardous chemicals and their dangers or monitor employee exposure to hexavalent chromium a known carcinogen.

Auburn plant, staffing agency cited by OSHA for safety concerns – PREVENTABLE – Some companies just treat temporary workers like they are nothing more than disposable tissues, just using and tossing.  The only thing worse than that is the agencies who supply the grist for the mill.  Take SCA Inc. for example, an auto parts manufacturer and their labor partner, Liberty Staffing LLC, as both were hit with 21 violations and get to share a proposed $158,000 fine.   SCA has repeatedly had no problem placing temporary employees at risk of falls of at least ten feet while working on platforms without a ladder access gate or chain guard and failing to reduce the compressed air for cleaning to 30 pounds per square and both received 2 repeat violations each for not having standard railings on open-sided floors and exposing workers to electrocution.  Surprise, surprise SCA was cited for the same hazards in 2010 and 2011.  Any temporary agency that does not check the safety conditions of the company where they’re placing human beings for jobs and also offer it’s own training on hazards is NOT WORTH your time.  They’re getting paid for placing you whether you lose a limb or your life. Find another Temp agency, one that cares about YOU as a person.

Norfolk firm faces proposed OSHA penalties – PREVENTABLE – Here is a third story where the employee finally had enough and filed a complaint with OSHA. You have the right to work in a safe workplace.  Unfortunately, an employee of MP Global Products probably complained to management about the conditions and was told either thanks for the input and nothing changed, or just shut up. It takes guts to do the right thing.  OSHA found 11 serious safety violations with a proposed $54,000 fine.  The president of MP Global took the high ground and said sometimes, accidents happen that aren’t the company’s fault.  Really?  Who’s fault is exposing workers to amputation hazards with no adequate guarding of moving machinery parts?  Who failed to protect workers from fire, deflagration and explosion hazards because they allowed the use of unapproved equipment?  Who didn’t want to establish the fire brigade?  Who exposed workers to fall hazards of up to 12 feet with unguarded stairs and platforms?  Who failed to properly dispose of regulated waste?  The company that’s who!  I suggest sir that you get up from behind your desk and walk around your facility, you obviously have no clue what’s going on. Try hiring people with better leadership qualities than beating rhythm for the galley slaves.

Safety Footwear – NEW PPE – Safety footwear can be stylish and still do the job of protection. The most lightweight safety-toe style to-date, the athletic silhouette Aurora is a hybrid style perfect for indoor manufacturing. Check it out.

Lack of safety training, experience blamed for rise in work fatalities – DISCUSSION – Lack of attention paid to safe work practices and little to no training has led to a rise in deadly industrial accidents in Ohio. Read the whole story. Training is one of the most important duties you have for a safe workplace.

With that all said, that brings this episode of Companies Behaving Badly to a close. Thank you for taking time out of your busy day to stop by.  Please feel free to share these stories at your next safety tailgate/toolbox meeting.  Those of you joining the workforce, you can make a great living in manufacturing.  However, when you join a company before you are put on the floor to perform any tasks if you have not received any training, this is a clue you are working for a company that doesn’t care about you or your safety.  On your first day, you should at least be shown how to evacuate the building, the signals for evacuation or emergency. What you need to do if you run across an emergency and the type of PPE you will need to wear and when.  Also if you will be working with any dangerous chemicals or potential dust issues.  Don’t accept an unsafe workplace, they can be changed and you are the catalyst.  Until next month, stay safe.