We’re doing a lousy job folks. Sorry but I thought I’d just get it out there right away. What is it going to take to get your head back into the game? The numbers really do say it all you know.  As of Feb 14th 2015 (latest numbers available from OSHA for fiscal year 2015), 516 precious human beings have died on the job in work related accidents. Each an original story in the making that ended too early.  That means almost 4 people are dying a day.  4 a day! We are 5% higher then the same period last year when 491 were killed.  Safety begins with YOU!  If it doesn’t look safe, question it. Before you begin working on a new job you should have some safety training on Protective equipment you need to wear, what to do in an emergency or just on driving a forklift. Don’t let anyone tell you there is no time for Lock Out Tag Out.  Don’t let anyone tell you it’s o.k. to operate a machine that the guarding is missing, exposing you to moving parts. Be a safety mentor and help those young workers coming up the ranks. If you bring up safety issues and you receive no answers, or are told we’re working on it and there is no scheduled dates and you feel your life is in danger, then as a last resort, call OSHA.

OSHA cites W.Va. company, proposes $109,450 fine – PREVENTABLE – We begin with K&F Construction Inc. a contractor in West Virginia that had absolutely no problem with exposing workers to falls of 25 feet or more and not using eye protection while operating a pneumatic nail gun.  The OSHA inspection found 3 Willful and 1 serious violation along with a proposed fine of $109,450.  The serious violation is the best as they were inappropriately using a forklift to support a scaffold platform.  Hopefully K&F will learn from this big fine but I’m not so sure as they were cited for the same things in 2006.  Doing safety on the cheap is greed at it’s best as owners put people at risk just to fill their own pockets. If you’re working over 6 feet high, ask for fall protection.

Oregon OSHA $eeking Some Dough from Portland Bakery – PREVENTABLE – Meanwhile in Oregon, the Portland Specialty Baking, LLC seems to have problems grasping the concept of Lock Out Tag Out let alone training of LOTO as Oregon OSHA has fined them $28,125 for a grouped willful violation.  They found that a worker was operating a machine that cuts dough into smaller pieces when the dough became jammed in the machine, the worker placed a piece of dough over the sensor, lifted the machine guard, and reached into the running machine. But this is not an isolated incident as they have a history of similar injuries to workers. On July 3, 2014, a worker received a serious laceration to his middle finger (and lost a fingernail) when he reached into the bagel dough divider to remove dough trimmings. On July 16, 2014, another employee suffered lacerations and a fractured hand after reaching into the same machine to remove trimmings. In 2008, an employee also suffered a crushed hand when reaching into the dough chunker machine.  The bakery was also cited for not providing training to the workers. Nothing like taking advantage of workers that are not english speaking.  Don’t use shortcuts when it comes to safety even if it becomes the standard operating procedure. It’s not worth the loss of a body part.

9News: OSHA fines Denver company $58,000 over worker’s death – PREVENTABLE – Abel Marmolejo, a 52 year old employee of Atlas Metal & Iron Corp. was working on a scrap metal baler when it suddenly began operating and killing him.  If Atlas Metal had practiced LOTO this accident never would have happened and Abel would still be alive but when OSHA investigated the accident they found 12 safety violations including 9 serious which were from lack of proper equipment access, combustable dust levels, inadequate machine guarding, noise exposure, lack of eye protections and a deficient respiratory protection program.  For all this the fine is only $58,410 for a death.

OSHA: Man killed in accident lacked training – PREVENTABLE – Marvin Reece a 46 year old maintenance worker for H.M. Richards Inc. was disconnecting wiring on a saw, had received no training on how to safely do this task and as a reward he was electrocuted.  The investigation that followed found 9 safety violations and they now face a $55,100 proposed fine.  For the loss of life this fine is way too low as there is NO excuse for not having a training program in place to help protect your workers but then that would cost money to operate.

South Brunswick warehouse operator cited in worker’s electrocution death – PREVENTABLE – In another electrocution death, Seldat Distribution was cited for 10 serious safety violations as a result of the investigation that followed along with a proposed $63,000 fine.  “A serious violation is when there’s substantial probability that death or serious physical harm could result from a hazard that an employer knew about or should have known.”  Seldat improperly installed and used equipment and the wiring wasn’t protected. To make it worse if there was an emergency there were blocked exit routes, obstructed aisles and passageways and unstable storage of materials and products.  In other words there were an accident waiting to happen.  Again, the fines are way to low for these violations.

NE Worker Fatally Pinned By Forklift At Warehouse – PREVENTABLE – It appears that 15% of all workplace fatalities in Kansas, Missouri and Nebraska have involved workers being struck-by vehicles or objects. Why it is so high in those areas is not known but a 54 year old forklift operator working for Menards Inc. became the latest statistic when he became pinned and suffered fatal injuries. They were cited for 1 serious safety violation for exposing workers to struck-by hazards.  The proposed fine is a mere $6,300.  Never assume a forklift driver knows you’re there. Always make eye contact and pay attention to your surroundings.

OSHA proposes fine against Omaha roofing company – PREVENTABLE – Affordable Exteriors Inc. is one of those companies that has no problem displaying their lack of respect for their workers as they were hit with a proposed fine of $75,240 for repeated failures to provide fall protection for its employees as they had 2 Willful and 3 serious violations with one repeat and they have been cited 7 times in 10 years. This fine is a great start but this company should be sanctioned and suspended from doing business for 6 months and the owner in a jail cell. Using luck as your safety program is a disgrace.

Business Briefs: Local contractor cited by OSHA – PREVENTABLE – Another company that has no problem putting their workers in harms way is Jasper Contractors of Jacksonville as they were issued 7 violations a proposed fine of $186,200 for allowing workers on a rooftop without proper safety gear.  Eliminating safety as part of a cost cutting measure to increase profits demonstrates a lack of concern for fellow human beings.

Contractor allegedly repeatedly ignores OSHA safety violations – PREVENTABLE – Because of companies like Lessard Roofing & Siding Inc. and Lessard Brothers Construction Inc. is why   we have OSHA and laws to protect workers.  Stephen Lessard has refused to obey a federal court order to correct safety hazards and owes $404,000 in fines and interest on violations covering 2000 – 2011 when they were cited 11 different times.  As recent as this past January he was cited again for egregious willful, repeated and serious violations for fall related hazards.  I don’t understand why this moron hasn’t been shut down, his business seized and sitting in a jail cell.

Stiffer penalties for contractors who flout worksite safety rules – Singapore – In an effort to reduce the high number of construction accidents Singapore has enacted a new system to penalize offenders.

Workplace safety pays off for RMC and its affiliates – SAFETY AWARD – Congratulations to RMC for demonstrating that workplace safety can be done right.

That my friends brings this episode of Companies Behaving Badly to a close. Thank you for stopping by and please don’t hesitate to use any or all of these articles at your next safety tailgate/toolbox meeting. I just ask that you please mention that witzshared was your source.  A successful safety program works because it has the support of all levels of the company from the executive office to the shop floor as manpower and money is also made available. However, even if you work in a company that has a lousy safety record and doesn’t stress workplace safety you still are in control of your space.  You don’t have to do an unsafe task, you are entitled to PPE to protect you sight and hearing and you can be the voice of safety. It may be lonely at first but soon other voices will join yours and before you know it, you will have empowered change. Be a safety mentor, be a safety advocate and remember the life that you save may be your own. 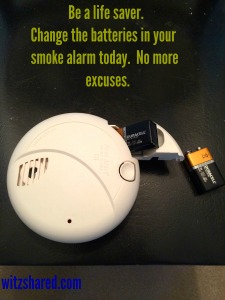 2 thoughts on “Companies Behaving Badly – Right To Work and Die”