Take a good look at it.  That’s the sword of Damocles hanging over your head.  Every time you take one of those unauthorized shortcuts at work or ignore the proper way to adjust your machine that sword could just suddenly plunge right through your skull!  Like working directly under large very heavy objects.  Ever wonder why walking under a ladder is a superstition?  Well it probably started out more of a fable to teach kids common sense, think about it, if someone is working on a ladder above you and you walk under the ladder there is a chance you may be hit in the head with a tool, a bucket?  In general there are many instances where you shouldn’t be standing directly under things anyway.  You should never stand under the raised forks of a forklift. You should never stand directly under a heavy object this too can have awful consequences as you’ll see in one of the stories below.  Just remember before you start taking shortcuts like avoiding LOTO or making excuses about wearing safety glasses or other PPE that sword is just getting heavier, and hanging so closely over your head.  Numbers to think about, as of May 23, 2015 – 803 employees have died in workplace accidents.  However the good news is this time last year 818 had died. This is fantastic as that’s almost a 2 percent drop in deaths.  Keep it up America!  That sounded awfully like another episode of Companies Behaving Badly.

OSHA finds safety violations led to deaths of 2 Pearl Harbor workers – PREVENTABLE – Joefrey Andrada, 42 years old and Justin Saragosa, 30 years old trusted that their employer wouldn’t put them in harms way as they worked directly under a  7 ton buoy, held by wire rope that was not rated strong enough for the job as it was rigged.  The wire snapped and Joefrey and Justin were killed and 2 other workers were injured as they all jumped or fell out of the way of the buoy as it smashed into their work platform.  Their employer Healy Tibbitts Builders was cited for 5 Serious violations and a proposed fine of $30,600. The main contractor, Truston Technologies was given 3 serious violations and proposed fine of $15,400. The U.S. Navy who’s equipment this is and apparently doesn’t bother to check-up on their contractors to see if they work safely was hit with 3 serious violations but no fine since they’re another government agency.  That’s garbage as far as I’m concerned. Someone in the Navy needs to held accountable for not making safety a top priority.

OSHA investigates after accident injures MillerCoors contractor – PREVENTABLE – How do you handle contractors working on projects at your facility? Are they allowed to operate your equipment and do you check for power equipment credentials or insist they go through your training program?  Do you contain them to specific areas only or will they wonder your facility?  These are all important questions to ask yourself before you allow contractors to set foot in your facility.  At a facility I worked at a contractor fell two stories down a man-lift breaking both ankles, an arm and other internal injuries because management assumed  and didn’t bother to check if he knew how to properly ride it. At the MillerCoors Trenton Brewery a contractor employee was injured when a driver of a powered industrial vehicle backed into him.  Save yourself the cost of trials and lawyers and develop a program to work with outside contractors.

Rantoul company sanctioned by OSHA over worker’s death – PREVENTABLE – James Cornelius a 50 year old working a second job as a temporary employee so he could pay for his daughters’ college tuitions had no idea that he was going to fall and die at work today because the company that employed him from a temp agency didn’t bother to do a hazard analysis that would have found the unprotected open-sided floor platform that would kill James.  There was no railing in place to prevent anyone from falling the 30 foot drop from the platform. For this lapse in judgement both the temporary agency, Kelly Temporary Services and end user BRG Sports were issued 1 serious violation each and fined a whopping $7,000.  An annual hazard review is vital for your facility and works when you examine through the eyes of someone who’s never been there before and you’re going to make the recommended fixes.

OSHA fines WingDam $7K for dumbwaiter – PREVENTABLE – Brooke Baures a 21 year old senior at WSU was preparing for a career in social work after graduation when her life was tragically ended way too soon.  Her employer WingDam Saloon allowed her and other employees to use a dumbwaiter that didn’t have safety features installed to prevent it from operating when someone was reaching inside.  That would have prevented it from moving after Brooke reached in and found herself trapped and wouldn’t have allowed it to crush her head and killing her.   For this lapse The WingDam Saloon was fined $7,000.  Where ever you work and it involves any kind of moving parts, remember to find out where the emergency stop button is and if there isn’t one DON’T USE IT!  Call OSHA’s toll-free hotline at 800-321-OSHA (6742).

OSHA cites Pembroke Park builder for alleged safety violations – PREVENTABLE – Based on an employee complaint about safety, OSHA conducted an inspection of Shoreline Foundation a construction company that specializes in marine construction and validated the complaint as they found 15 violations, 12 Serious and a proposed fine of $83,600. They didn’t ensure workers were trained for diving operations, divers not trained in resuscitation, lack of air-purity tests for the compressor and not ensuring divers wore safety harnesses. The sad part and not much of a surprise is they were cited for 3 serious violations in 2013 after a worker died in a fall.  You may think you are saving money when you don’t take time to properly train employees and issue proper PPE but in the long run you will pay even more. Take care of your employees and they will take care of you.

OSHA finds 11 violations, seeks $46,900 in fines for railcar company explosion near Atchison – PREVENTABLE – After an explosion that left 2 employees with severe burns and 7 others injured OSHA found that their employer GBW Railcar Services LLC failed to eliminate potential ignition sources from areas where flammable substances were likely to be present.  OSHA also cited them 11 Serious violations and proposed fine of $46,900.  Two workers had to endure weeks of skin graft surgery and physical therapy due to this poor judgement by the company.  OSHA also found that painters were susceptible to skin and lung damage and the detector meant to monitor air flow wasn’t operational so they couldn’t tell if ventilation was sufficient. When ever working with flammable substances you need to make sure the gases aren’t being trapped or contained in your work area and because of that potential there should not be any ignition sources near by.

OSHA proposes another $125,000-plus fine for Case Farms – PREVENTABLE – Case Farms has destroyed what ever credibility it had as a company with morals as they continue to put their workers in danger of amputations and was cited for the same violations in 2011 and then promised to fix them in 2013, which by the way it hasn’t bothered to do and why the additional fine of $126,000.  Apparently they must have money to waste and would rather pay fines to OSHA then fix the violations as they were originally fined $149,000.  I hope the reason he hasn’t made the repairs is due to taking advantage of many Spanish-speaking workers he’s hired and who are probably afraid to report him to OSHA for fear of losing their jobs.  Usted puede presentar una queja a OSHA anónima utilizando la línea telefónica gratuita de OSHA en 800-321 – OSHA ( 6742 ) .

Haverford business fined almost $500,000 by OSHA for safety violations – PREVENTABLE – Another company that couldn’t care less about it’s workers safety is DMAC Construction as they use luck as their safety program and have workers climb high scaffolding, dangle out windows to get onto it and working without proper braces and supports.  A total of 8 Serious violations were found and along with a proposed fine of $470,300 were issued by OSHA.  DMAC has a history of exposing workers to safety hazards and disregarding OSHA’s recommendations as they have a collected a total of 41 citations from 2011 – 2014 and have now landed into the Severe Violator Enforcement Program.  This owner should have been shut down a long time ago.

Agreement with Cal-OSHA gives UFW bigger role in heat protection enforcement – RED TAPE CUT – It is really sad when you have to sue a government agency, in this case CalOSHA, to do the job they’re suppose to be doing in the first place but with the agencies current lack of leadership it’s no surprise. As part of the lawsuit settlement CalOSHA has agreed to adjust its approach to heat-illness protections including stepping up inspections during the warmest weather and targeting repeat offenders.  I applaud the UFW for stepping up and being proactive in the protection of their members and it is also time we take a long look at CalOSHA and returning it to the once proud agency it once was.

This infographic is from our friends at OSHAcampus.com  F Marie Athey OHST authored the article. Observing National Safety Month: Safety Tips for the Top 10 OSHA Violations in FY 2014

That my friends brings yet another episode of companies behaving badly.  It is my hope that one day there will no longer be any more companies behaving badly to write about.  You can help by sharing these stories at your next safety tailgate/toolbox meeting.  Always allow time for discussion and questions and remember when it comes to safety there is no such thing as a stupid question.   Don’t just cram the stories down their throat and be done.  Listen to their concerns and work together to address any safety concerns. If you are not having regular monthly safety meetings and/or additional weekly safety tailgate/toolbox meetings, ask why?  If you have questions about these types of meetings begin with your supervisor, union rep or H.R. representative and if you are not comfortable with any of them I am always here to help.  Don’t keep quiet about safety.  Until next month stay safe. 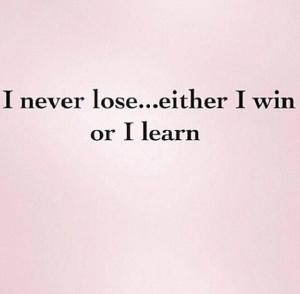