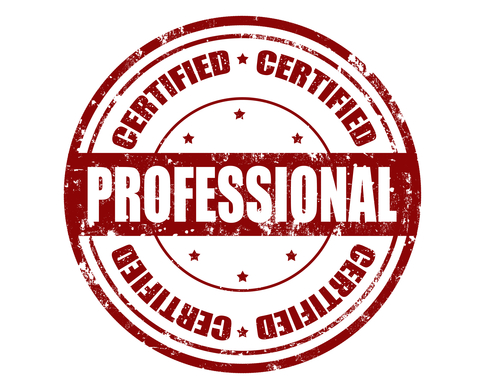 noun-a person who has a job that needs skill, education, or training: Like a forklift driver or a machine operator.

adjective-1-done as a job, or relating to a skilled type of work: Like a mechanic.

adjective-2-Professional also means having the qualities of skilled and educated people, such as effectiveness and seriousness of manner:  I think that means no horseplay.

People who work in warehouses, manufacturing plants or drive trucks get a bum rap. All to often they’re portrayed as lazy, stupid, inept, loud, crass or untrustworthy in movies and television.  Unfortunately this reputation is well deserved when you see videos on YouTube featuring forklifts and other equipment being utilized in dangerous horseplay.  Ha ha, look at those idiots in the warehouse.  They’re so funny!  Not what someone in management wants to hear and not professional behavior.  What?  Professional behavior in a warehouse?   As I see it, after you’ve trained workers to operate forklifts, to receive, scan, inspect and refuse damaged goods while reconcile counts, pull and put away inventory, load and unload trailers, fifo and other good manufacturing practices you have professionals in your warehouse.  That’s what I called my staff with my first supervisory job and was surprised by the blank stares.

In this day and age of apps, scanners and computerization in our industry the only advantage you have on the competition is how well your staff operates and treating them as professionals they feel they’re important to the success of the company, work safer and feel better about their job as professionals address concerns and discuss ways to improve a process.  However I expect professional behavior from them as well.  That means no rituals, no no hazing, no initiations, no horseplay.

In fact the expression “boys will be boys” should be eliminated from the language and is no longer an acceptable excuse to defend unprofessional behavior.  Professionals know that horseplay can create unnecessary costs for repairs on equipment, inventory, infrastructure and injuries which snowballs into higher workers comp premiums and possibly a visit from your friendly OSHA.  There are so many other ways to relieve stress of the job and still have fun without putting people in danger.  For those of you participating in No-Shave November for men’s health, bravo, but you should know that accidents is the number 3 killer of men and a large part of men’s health.  So on the job, act like a man and be a professional.

OSHA Finds Ohio Company Disabled Safety Devices to Speed Production – If you’re having production problems and not meeting goal you need to stop and take a look at your operation.  Is it staffing, training or the equipment?   The one thing for certain is, the lack of production has nothing to do with the built in safety protocol on machines.  There is NO excuse to disable safety devices on equipment, that’s not professional.  They are there to keep your workers safe and seriously, after one accident, how much time did you wind up saving?  If you see someone disable any safety devices on machinery, report them immediately and in my opinion if someone is killed due to this action, that person should be put on trial for manslaughter.

OSHA Finds Safety Failures Led To Worker’s Death – Exposed moving parts are always a danger.  They are suppose to be covered by guards so you don’t get entangled in the moving parts which can result in a lost limb or worse.  Charlie Cummins Jr tried to adjust a pin stuck in the up position when an unguarded rotating sprocket caught his clothes and pinned him in a position that he was unable to breath and later died.  This wound up bringing in OSHA which led to additional violations found.  When you are operating any piece of machinery, when you have to make adjustments or repairs, it is professional to LOTO the device before doing any work on it.

OSHA Finds Smucker’s Facility Lacks Energy Control Procedures in Federal Investigation of Employee’s Amputation Injury – It’s hard to be professional when you don’t get the correct training.  Smucker’s failed to train it’s staff on how to control gravity as an energy source during LOTO.  Since he didn’t know any better a worker cleaning a valve body lost the tip of his finger when it dropped. The sad part is this had happened before in 2013 but the company still hasn’t been able to get around to addressing the training issue which is very unprofessional.

OSHA: Worker unhooked himself in Niskayuna construction fatality  – This is a tough one and really sad as it was avoidable.  A professional knows you never unhook yourself from a lifeline when you are working very high off the ground and with training and self awareness you won’t get tangled in the lifeline so please don’t use that as an excuse as to why you don’t wear fall protection.  As this worker found out you never know when you will lose your balance and the fall protection gear would have given him a second chance to correct mistakes in his methodology.  When things like this happen, a professional keeps their cool, takes their time assessing the situation and putting a sound plan into action and never ashamed to ask for help.

Following Deaths Of Wastewater Workers, Utility Adopts New Safety Standards – What is very unprofessional is when there are rules and regs in place to protect workers and when they’re not followed and someone dies we adopt new standards.  These deaths were preventable.  As I have always said, don’t care how many rules you have in place, they are only worth the paper they’re written on if they are not enforced.  Rules work when enforcement is there to be a deterrent, whether using fines or jail time.  Sick and tired of the answer being we adopted new safety standards when the answer has always been there.  It’s about as lame as companies that get caught red handed violating safety rules and have the chutzpah to say with a straight face, that they take safety of workers seriously like Dollar General stores.

Dollar General promises commitment to safety after Lebanon Co. OSHA citation and Willful Offender: Dollar General on OSHA’s Violation List Again. This is a highly unprofessional organization as they treat their workers with little to no respect as they consistently put them in harms way.  Store after store after store for the last few years have been found, written up and fined and I’m amazed that a company is so willing to piss away all that money in fines when they could invest it in a safety program and properly training their managers in safety as well as a safety bonus program.  But not these idiots, they seem to be happy, dumb and blind and not someone I would do business with.  Come on Corporate headquarters, get you head out of your ass and tackle the problem.  Whom ever you have in charge of this program is yanking your chain and may be telling you all is well but you can see it’s not.  Why don’t you try to be professional.

Poor Safety Culture Blamed For 2013 Explosion At LA Plant – Last month we had looked at Toxic Culture and it’s affect on safety and moral and this month it was determined to be the cause of the disaster.  If you the company don’t care and look the other way and tell employees to “do as we say and not do as we do” it sends a very confusing message that is going to blow up in someones face.  Never keep quiet about safety.

China’s Latest Deadly Industrial Explosion Spotlights Dire Workplace Safety – I guess you can say things are always a matter of perspective.  We thought that 4,821 American workers dying in on the job accidents was pretty bad but then you look at China!  In the first half of the year, FIRST HALF, 13,723 have died in work related accidents and get this, that’s a 8 percent drop from last year.  This is a toxic culture country.

Don’t always depend on the company to tell you everything you need to do for safety on the job.  Educate yourself.  Google it, read other blogs like this one, the OSHA website, the National Safety council website, get your information from more then one source. Learn all you can and be a professional.  Never keep quiet about safety for the life you save may be your own.